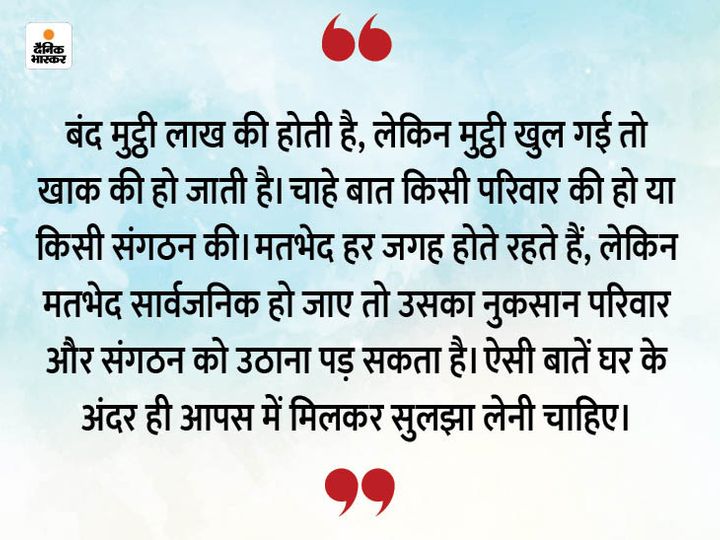 story- Mahabharata is the story of war. It was the 17th day of the war. Yudhishthira and Karna were face to face. Yudhishthira was almost defeated in this war, somehow escaped from Karna and came to his camp. Arjun also came to know about his elder brother’s condition from behind.

Yudhishthira was saddened by the defeat, in the same sorrow he satirized the Arjuna’s Gandiva bow and said that despite you and your Gandiva, I lost to Karna, humiliated. Damn your bow and you.

Arjun became angry on hearing this, he took out the sword. He also agreed to assassinate his elder brother Yudhishthira. Sri Krishna was also watching these scenes. He asked Arjun what are you doing?

Arjun said that many years ago I had taken a pledge that if anyone insulted my Gandiv Dhanush, I would kill him. Sri Krishna knew that if this battle went out, the Pandavas could also be defeated. Army morale can break.

Sri Krishna quickly found a way to end the dispute of the brothers. He said to Arjuna that Partha, Shastra says that you should speak your elder, use insulting language towards them, then it would be like killing them. You speak to your elder brother, criticize him.

Admitting to Shri Krishna, Arjuna criticized Yudhishthira for 13 times. Arjun said that you gambled, because of you we lost in gambling, because of you, Draupadi was torn, all the troubles came because of you. In this way Arjun’s mind became calm and his resolve was also fulfilled. The matter ended in the camp itself. If Sri Krishna was there, this dispute did not come out and there was no harm to the family due to the quarrel of the two brothers.

Learning – Shri Krishna is explaining to us that there will be differences in the family, but the dispute should be resolved by sitting among themselves. If this is not accepted and differences are exposed outside the house then the family’s reputation will be found in the soil. If this matter remains at home, it is resolved, then this effort will be worth lakhs.