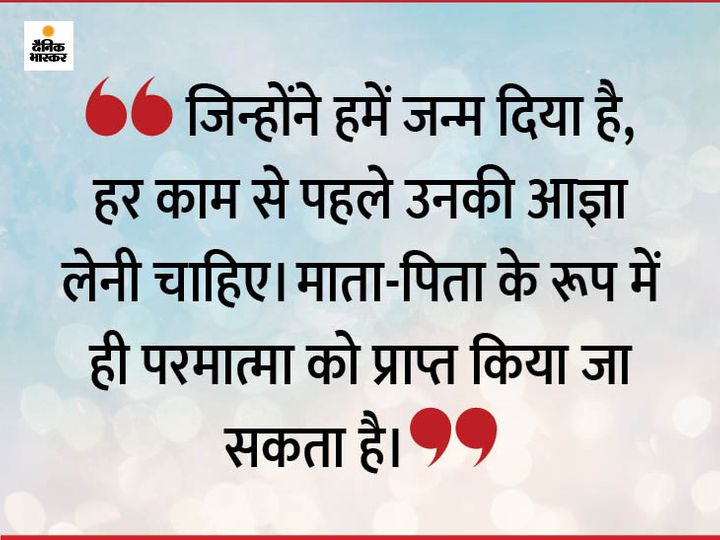 story- In the Mahabharata, Krishna and Balarama were called by Kansa to Mathura from Gokul. Kans wanted to get him killed. Kansa had built a theater at that time. The elephants were drunk there and left towards Sri Krishna-Balarama. Together they killed all the elephants. After this, Shri Krishna also killed Kansa. The people of Mathura picked him up in his lap and were cheering him on. Everyone said that now Krishna should become the king of Mathura.

Shri Krishna said, ‘Take us down this time. Me and Daou will first go to the prison where our parents Devaki and Vasudev are imprisoned. They have to be freed. ‘ Both brothers rushed to the prison. When Devaki-Vasudev saw these two, they understood that our children had arrived.

At that time Shri Krishna folded his hands and said to the parents, ‘It has been 11 years. I was left Gokul at birth. Kans has tortured you a lot in these 11 years. He wanted to kill me, but gave you trouble. In my view, the biggest sin is when the parents have to face grief due to any child. It is the duty of the child to give happiness to the parents and serve them. That is why we have come to you for the first time, now the decision you make will be followed.

Learning– Never do any such work, due to which parents suffer. Do everything by taking their permission. Greet him daily and start the day with his blessings. Only then can God’s grace be attained.