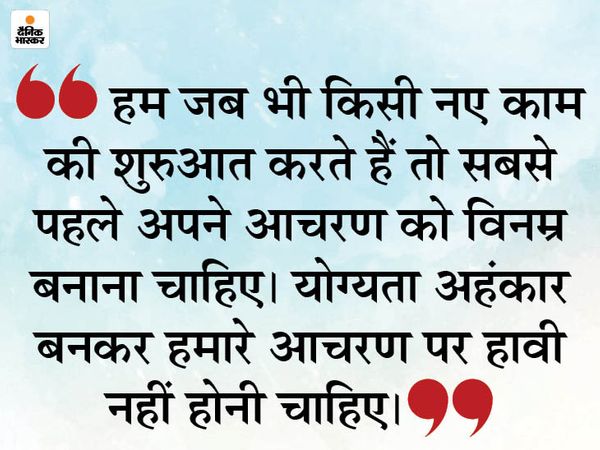 story – One thing about the Russian scholar Leo Tolstoy was very famous that he did everything very easily. His thinking was purely spiritual. He gave more importance to conduct.

Tolstoy needed an assistant. He told this to his friends. A friend of his sent a young man to Tolstoy. Friend recommended to Tolstoy that this young man is very worthy. It has a lot of degrees. I think you will be pleased to keep it.

The recommendation reached Tolstoy and he also reached the young man. Tolstoy said to the young man, “You are late, I have hired someone else.”

The young man reached Tolstoy’s friend and said, ‘You recommended me, sent me there, but they have hired someone else. The one whom he has hired, in any case, is less qualified than me, I have extracted this information. ‘

Tolstoy’s friend approached him and said, ‘Even after my recommendation you did not keep that young man. You have placed someone who is less qualified. You can still remove it and hire a more qualified person. I would like to know why did you do this? ‘

Tolstoy said, ‘It is right that I have hired a less qualified person. The person you sent to me is more qualified, he also has more certificates, but when he came to me, he entered my room with great force and sat on the chair without my permission. Before I could say anything, he said that tell me what do I have to do? His way of talking was such that he wants to work on his own terms. Ability was dancing on his forehead. The one I have hired, when he first came to me, he said very politely that I have to do what you say. I will be able to live with you. I will also work and get knowledge from you. I have hired that less qualified person because of my conduct. ‘

Learning – Whenever we start a work, first look at the modesty of our conduct. Qualification should not be allowed to dominate. If we boast of merit, then scholars like Tolstoy will understand this immediately and our work will be finished before it starts.