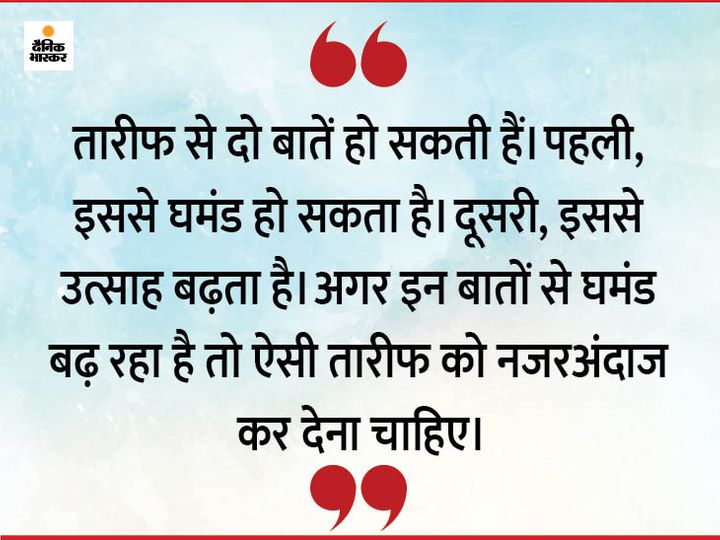 story – Vinoba Bhave was a very learned man. One day he was sitting with his assistant reading the letter. Hundreds of letters used to come to him daily. They used to read all the letters very carefully and sent their answers by writing them themselves.

When Vinoba ji gave him permission, he took out the pieces of the letter from the basket and folded it and saw that the letter was from Mahatma Gandhi.

The assistant said, ‘You tore the letter of Mahatma Gandhi and threw it in the garbage, this was not understood.’

Vinoba ji said, ‘Read the letter carefully, Bapu has written a lot of praise in this. I cannot digest this compliment. I felt that this compliment would make me cocky. That is why I tore this letter. Even if it was Bapu’s letter.