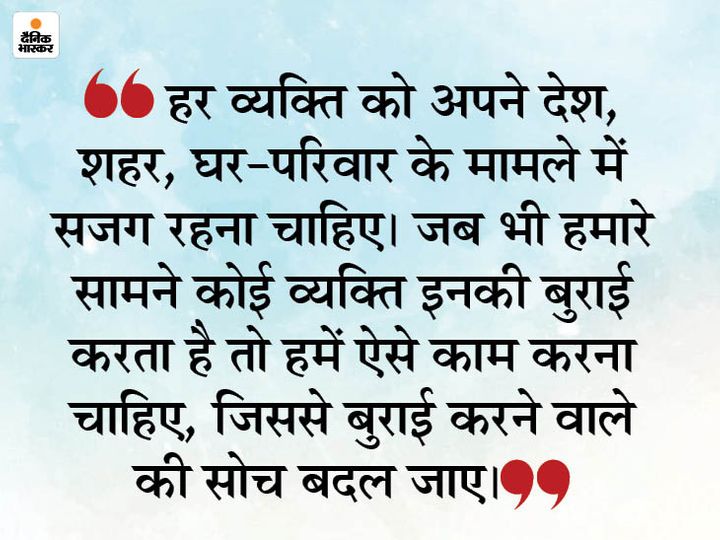 story – Swami was a great saint named Ramatirtha. When he went to Japan, he was traveling there by train one day. He was feeling hungry. At that time they used to eat only fruits. When the train stopped at a station, they immediately landed and started searching for fruits at the station, but nowhere did they find good fruits, the fruits which were being sold there were not well.

Swamiji again boarded the train and sat in his place. He said, “Japan probably does not produce good fruits.”

A Japanese young man sitting there overheard this, but he did not say anything at that time.

When the train stopped at the next station, the Japanese youth immediately landed at the station and brought a basket of good fruits. He gave this basket to Swamiji. Swamiji felt that he was probably going to sell some fruit. He tried to give the boy fruit money, but the boy said, ‘I don’t want money from you. All I want is that when you go to your country, do not say that there are no good fruits in Japan.

Swamiji was surprised to hear that boy. He came to India and told this story many times to his disciples. How a Japanese boy can be so honest to his country and think so well.

Learning – We should also be honest to our country, state, city, institution and family. Whenever someone says something wrong about them, we should make efforts to save their reputation immediately. So that the person’s thinking can change and the prestige of our country, household and family remains.