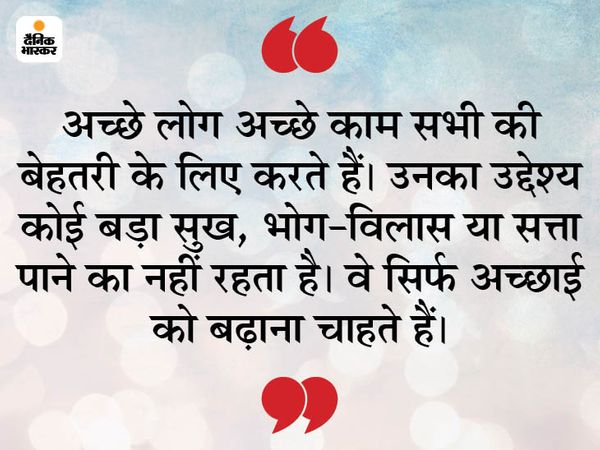 story – One day Devarshi Narada roamed the foothills of the Himalayas. He liked the atmosphere there so much that he sat there doing penance. Narada got into deep meditation because of the compatibility and sentiment of the country, time and circumstances, and zero mind.

Devarshi meditated in such a way that Devraj Indra’s posture woke up. Indra began to feel that Narada wants to take away my heaven from me, that’s why he is doing penance. People in power are always afraid that someone should take away their power. Indra had the same fear.

Indra said to Cupid, ‘Go, break the penance of Narada.’

On getting the orders of Indra, Kamadeva reached Narada. They took the Apsaras with them. He created the spring season and tried to dissolve Narada’s penance, but even after much efforts, Narada’s penance did not break. Cupid was defeated.

When Devarshi Narada opened his eyes, Cupid did his thing and started apologizing to him. Cupid said, ‘You have won.’

Narada said, ‘Who sent you here? Indra? Go and say to your king Indra, I did not do this penance to gain his power. I have done this penance for two reasons. First, my self-study. Second, I wish that nature and society can get something good through my tenacity. May be able to get faster and faster. My job is to do public service, it is not my job to gain power. ‘

When Indra came to know about this, he realized his mistake that I have doubted the penance of a monk.

Learning – This story of Narada and Indra is teaching us that whatever work good people do, they do for the good of society, nature and self-study. One should not doubt the devotion of good people, their devotion. Those in power should also help the people doing self-education and noble work.