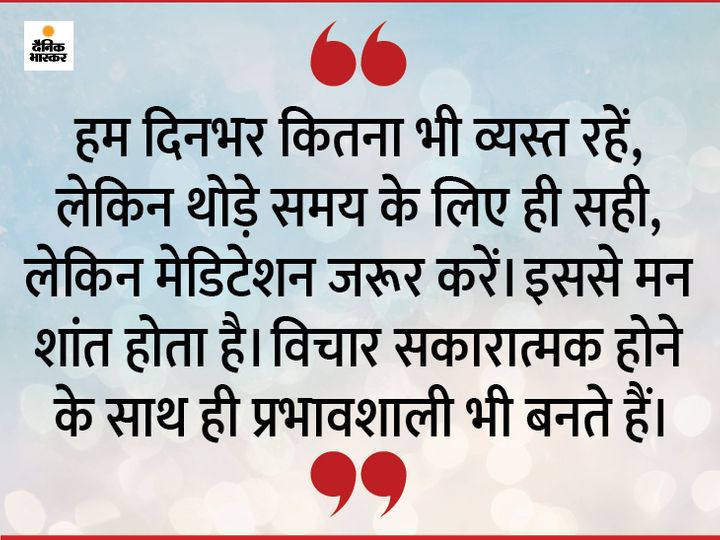 story- Vivekananda spoke less, but said so well that the whole world was covered. Swamiji’s Guru Ramakrishna Paramahamsa was not such a good speaker. He used to speak whatever was on his mind. Paramahamsaji felt the tomb very deep, so his silence was very impressive.

As a Guru, he had given his silence to Swami Vivekananda and through Swamiji, the silence of Paramhansa ji emerged. When Vivekanandji first went to America, the scene of India was that the freedom struggle of 1857 had failed. The queen of Jhansi was martyred. Tatya Tope was hanged. Bahadur Shah Zafar was imprisoned. Thousands of Indians were killed. There was inferiority among Indians due to defeat and humiliation.

At that time, Vivekananda had honored India from the US soil all over the world. His speech was most impressive. The young saints had introduced the spirituality of India to the world through speech. When he spoke in Chicago, his duration was just four minutes. About seven thousand listeners were sitting in front.

The applause rang continuously for two minutes listening to Swamiji’s four-minute speech. When someone asked Vivekananda how did you do this amazing work? Then he said, ‘My Guru gave me the silence that was achieved through samadhi, meditation, and I have spoken that silence. This is the effect of the same silence. ‘

Learning No matter how busy we are throughout the day, we must take some time for meditation. Meditation reduces mental stress. Keep silent for a while. The words of the people who speak more are lost. It should be spoken as much as necessary.