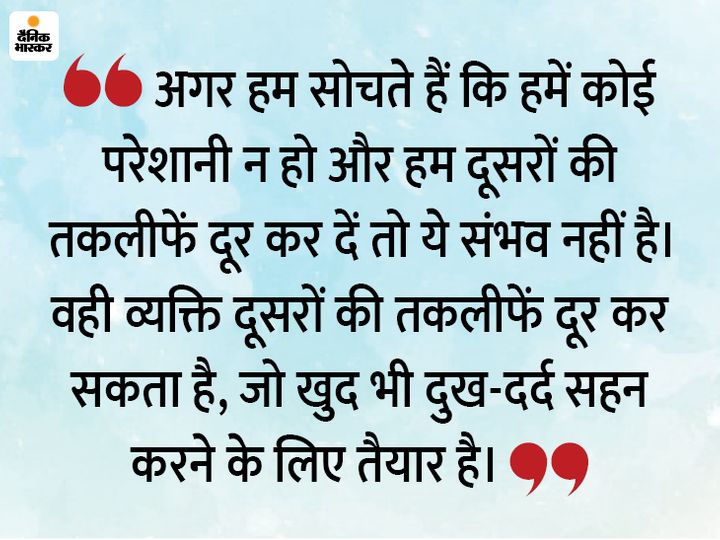 story- There is an incident involving Swami Vivekananda and his guru mother Sharda. Before going on a foreign trip, Vivekananda arrived to seek permission and blessings from Mother Sharda. He told Mata, ‘Mother, I want to remove the sorrow of the world. I am going on a big journey. May you bless me with a lesson that can help me in the cause of world welfare.

Mother Sharda was very comfortable and learned. She was doing the kitchen work at that time. He listened to Vivekananda and pointed to a knife kept in the kitchen and said, ‘Give me that knife.’

As soon as Vivekanandji lifted the knife and gave it to the mother, Mother Sharda said, ‘My blessings are with you. I have known that you will definitely serve the world.

Vivekananda was surprised to hear this. He said, ‘Mother, how did you know that I would be able to serve the world by just picking up the knife?’

Mother Sharada said, ‘I have understood this from the way you lifted me the knife.’

Vivekanandji grabbed the knife-edge towards himself and handed the knife to mother Sarada on behalf of Hathe.

Mother Sharda said, ‘Your instinct is that you will bear the trouble yourself and give protection to others’.

Learning The person who gives happiness to others by suffering himself, the same person can serve humanity.