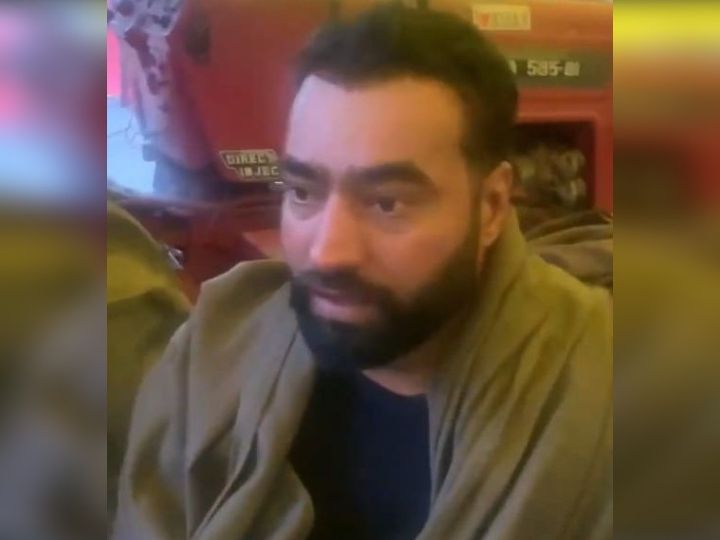 The police are claiming to have found Lakha Sidhana, an accused of one lakh, but he reached the Singhu border in Delhi on Friday evening and also went live on social media.

Lakkha Sidhana, accused of instigating violence in the tractor parade on Republic Day, returned from Punjab to Delhi before a nationwide crackdown on farmers. Lakha went live on social media from the Singhu border on Friday evening. He said that Punjab should lead this peasant movement. He has also appealed to the peasant leaders not to exclude anyone from the committee of 32 Jatbandis.

Lakkha Sidhana is also accused of insulting the tricolor at the Red Fort during the tractor parade. Lakha carries a reward of one lakh rupees.

Objected to the removal of two peasant leaders from the committee

Lakha said during the live, ‘It is learned that Surjit Singh Phool and another farmer leader have been removed from the committee. Which is wrong. Everyone has to go together when the government talks. The committee is not to be truncated. It’s time to have one. There is a need to fight together. Mutual exchanges will be resolved later. There is no mistake that breaks the movement. This is a fight for the survival and future breeds of Punjab. If lost this time, Punjab will go back centuries.

Challenging the police by becoming active on social media

Police are constantly claiming to find accused Lakkha Sidhana, but he is repeatedly active on social media and challenging the police. He also released a video from a gurdwara in Punjab two days ago. In this, he said that he has come from Delhi to Punjab. In the video, he has appealed that a large number of people from every house take to the streets of Punjab on February 6 and show their strength.

Advice not to place politicians on the stage of agitation

Lakkha while giving the example of Ghazipur border said that the way the platform of the farmers movement is becoming the whereabouts of politicians. she is wrong. Do not give entry to the leaders of any political party on the border like Singhu and Tikri.