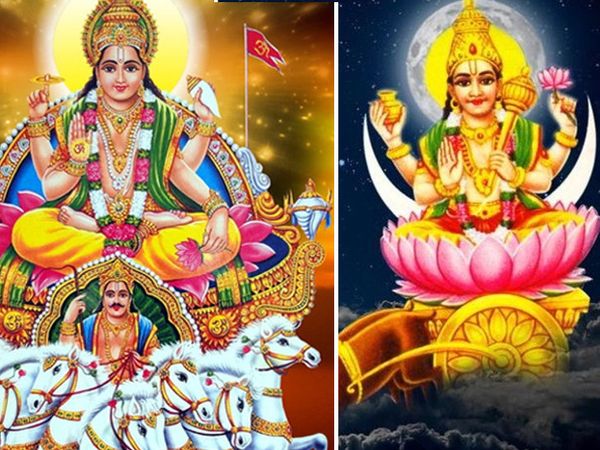 Sunday, April 11 and Monday, April 12 are the new moon day of Chaitra. Hindi Panchang has two parts of a month, Shukla Paksha and Krishna Paksha. According to Pt. Manish Sharma, Jyotishacharya of Ujjain, in the Shukla Paksha, the arts of the moon increase. The lunar curves in Krishna Paksha and becomes completely invisible on Amavasya. Among the sixteen arts of the moon, the sixteenth art is called ama.

In relation to Amavasya, it is written in Skandpuran that-

Meaning– A mahakaala of Chandra is named Ama. This art has the powers of all the sixteen arts of the moon. There is neither decay nor rise of this art.

When Sun and Moon are together in any one zodiac sign, then Amavasya Tithi stays. On April 11, the Sun and the Moon will be in Pisces. Moon will enter Aries at around 11 am on April 12. The lord of Amavasya Tithi is believed to be Pitrudev.

The importance of performing tarpan, shraddha karma, dhoop-dhyana and charity-virtue is important for the fulfillment of the ancestral deities on Amavasya. It is a tradition to bathe in a holy river on Amavasya. On this day, there is a tradition of mantra chanting, penance and fasting. If you are unable to take a bath in a river, then take a bath at your home meditating on the holy rivers and donate money and food grains to the needy people.

According to Pt Sharma, those who are born on Amavasya, they may have to face mental stress. There may be a lack of confidence. These people should work thoughtfully, avoid negligence. To avoid stress, wake up early in the morning and start the day by offering water to the sun. Milk should be offered on the Shivling for Chandra.