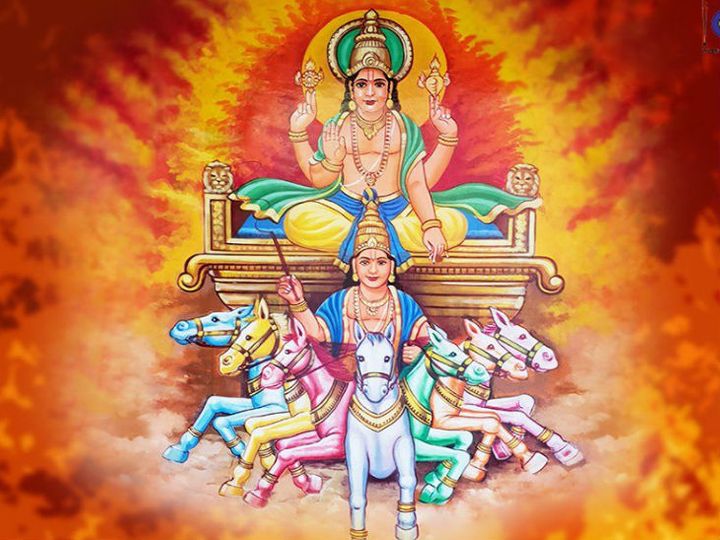 Today is the last day of Chhath festival. Arghya is being offered to the rising Sun in the auspicious yogas of Dhruva and Sthi with Sravami Nakshatra, Saptami Tithi. The metal of Lord Surya is gold and copper. Therefore, according to Bhavishya and Skandpuran, Arghya should be given from a copper vessel. Due to which diseases are eliminated. Some things should be specially taken care of while offering arghya to the Sun. Like, what mantra to say while giving arghya, how to give, what to do with the water offered to the sun. Only after taking care of all these things can you get the full fruits of worship.

Birth Date of Saptami Lord Surya
Arghya is offered to the rising sun on the last day of Chhath festival i.e. Saptami Tithi. It is mentioned in the texts that Saptami is the birth date of Sun. It is also named Mitrapada. Therefore, the Lord of this date is also the Sun. At the same time, in the month of Kartik, the form of the sun is worshiped. It is believed that the creation of the universe is due to the influence of Lord Bhaskar.

Sun worship in 5 simple steps
Put red sandalwood, red flowers and some wheat grains along with water in a copper vessel.
Seeing the rising sun, offer it and drop it in a copper vessel.
Offer milk with a brass pot and collect in a clean utensil.
Offer red flowers, red sandalwood and other worship material to the sun.
Offer the Arghya milk and water to the Madar plant.

Things to keep in mind while offering sun
While offering Arghya to the Sun, hands should be above the head.
Sun should be seen in the stream of water with arghya.
If you are not standing in water, do not let the Arghya water come in your feet and collect it in a wide copper vessel.

Mantra of arghya
Om Ghrani Surya Namah: While chanting, you should bow to the Sun by offering water. During Chhath Puja, Arghya is offered in the morning with cow’s milk and Ganges water. According to Pandit Ganesh Mishra, the astrologer of Kashi, this mahaparva of public faith is especially important with the combination of sun and power. Evening arghya is offered for Mata Shashthi and early morning arghya is given to Lord Surya Narayana, the provider of direct deity energy.
Pt. Mishra explains that reciting the name Aditya Hridaya Strata, Surya Sahasra, after chanting of Arghya on the last day of Chhath, the holy festival of faith, chanting Gayatri Mantra is considered to be the best. Worshiping the Sun, the only direct deity of the earth, enhances health, splendor, splendor, neurosita, remembrance, increase in strength, communication of positive energy, increase in status and dignity in our lives.