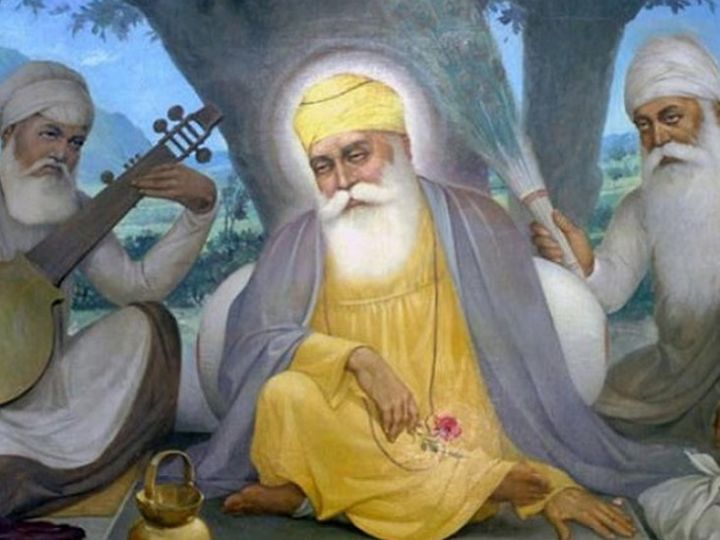 Monday, 30 November is the birth anniversary of Guru Nanak Dev, the founder of Sikhism. There are many stories related to Guru Nanak, in which the sources of happy and successful life are told. Know a story in which Guru Nanak has learned to work honestly, this story is very famous.

Once Guru Nanak Dev went to a village. The people of the village were reaching to listen to the teachings of Guru Nanak. One person was very rich in the village. The rich man acted dishonestly. When that rich man came to know about Nanakji, he too went to meet him. Dhani invited Guru Nanak to come to his house. However, Guru Nanak did not reach his home, but to stay in a small house of a poor.

The poor person respected Guru Nanak very well. Nanakdevji also used to eat dry bread in his house. When the rich person came to know about this, he kept a big meal program at his house. Guru Nanak was also invited along with all the big people in the program.

The rich man became angry when Guru Nanak refused to go to his house. He told Guru Nanak, ‘Guruji I have made very good arrangements for your stay. Have also made good food. But you are eating dry bread at the house of that poor, why so?

Nanakji said, ‘I cannot eat your food, because you have earned all this dishonestly. While that poor person works honestly. His bread is hard work.

The rich became very angry on hearing these things. He asked Nanakji to give proof of this.

Guru Nanak ordered bread from the poor’s house. Guru Nanak picked the poor man’s dry bread in one hand and the rich man’s bread in the other hand. Taking both the loaves in the hands and pressing them vigorously. Milk started dripping from poor man’s bread and blood from rich person’s bread.

Seeing this, the rich man fell at the feet of Nanakdevji. Then Nanakji asked him to invest his money in the service of the poor and work honestly. Only then your life can be successful. The rich man obeyed Guru Nanak.

Learning Wrongly earned money cannot give happiness or peace. Even a little money found in honesty gives peace and relaxation to the mind.