Hariyali amavasya: These 5 Mahayogas are being made this time

Amavasya falling in the month of Savan is considered to be of great importance. This Amavasya is called Hariyali amavasya. Pandit Ramakant Mishra told that this time the monsoon is becoming a Mahayoga on Amavasya. This Mahayoga is going to be held after 125 years. This time Amavasya is falling on 1 August, Thursday. On this day, five Yogas are being made simultaneously. The person benefits from taking measures on this day. The day of Hariyali Amavasya (Hariyali Amavasya 2019) is considered very auspicious to fulfill all wishes, including poverty, Lakshmi wishes. Let’s know they (amavasya ke upay) remedy …. 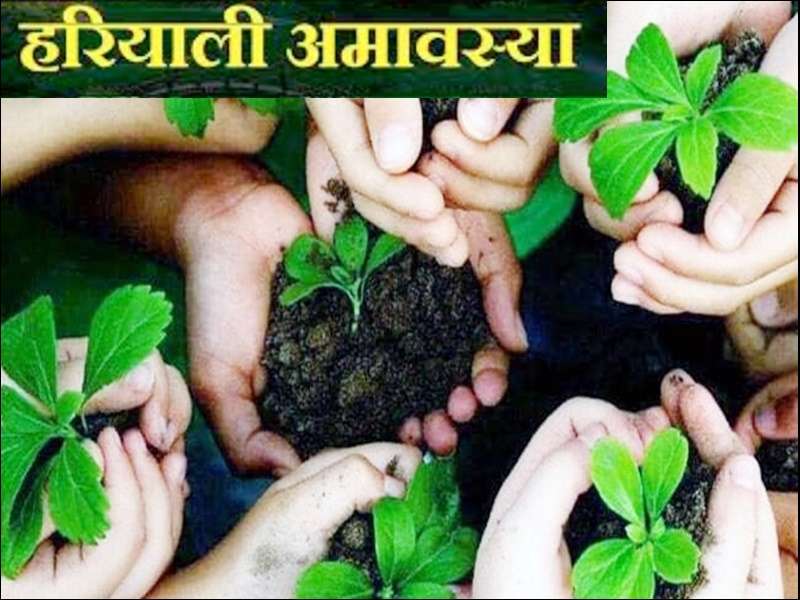 These 5 Mahayogas are being formed on the new moon day

On this day, the first Siddhi Yoga, the second auspicious Yoga, the third Guru Pushyamrita Yoga, the fourth Sarvartha Siddhi Yoga and the fifth Amrit Siddhi Yoga will remain. Worshiping all the Gods and Goddess Parvati in these Panch Mahayogas gives desired results. Let us know the remedies for this day…

1. On the day of Amavasya, feed fish in a river or pond and feed them with flour.

2. Go to Hanuman temple anytime of the day on Amavasya and recite Hanuman Chalisa and offer vermilion and jasmine oil to Hanumanji. All troubles will soon be over.

3. In the evening, please light a lamp of ghee in the northerly corner of the house to please Maa Lakshmi. Doing this day removes poverty from home.

4. While worshiping at home on the night of Amavasya, make a swastika or ॐ on the plate of worship and place Mahalakshmi Yantra on it. By doing this money comes into the house and attains the stable Lakshmi.

5. In the evening of Hariyali Amavasya, worship Lord Shiva duly in the evening and offer Kheer to him. By doing this you will get the blessings of Shiva.