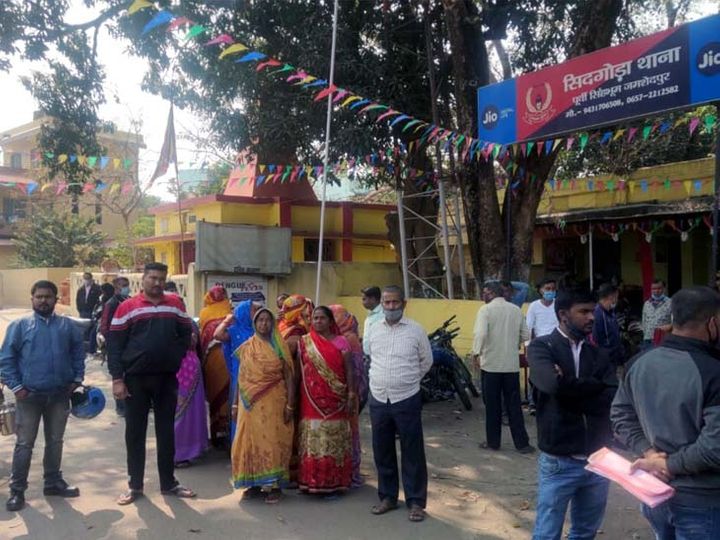 Family standing outside the police station.

Family said – On Friday, Ramesh was attacked by neighbors. The accused escaped from the scene leaving him injured. The injured are undergoing treatment at TMH. His condition is quite critical.

People of Basti who reached SSP office said – They had taken the injured to MGM Hospital for treatment. Apart from Ramesh, Sanjay and Subhash Rai have registered a false case in the police station on many people of the township. An FIR has been lodged against them for vandalizing and assaulting Sanjay’s house. It is known that on Thursday night, there was a dispute with Sanjay and Subhash about parking Ramesh’s car. After this, Ramesh was attacked on Friday. Ramesh had accused the unnamed 10 including neighboring Subhash, Sanjay of assaulting him.