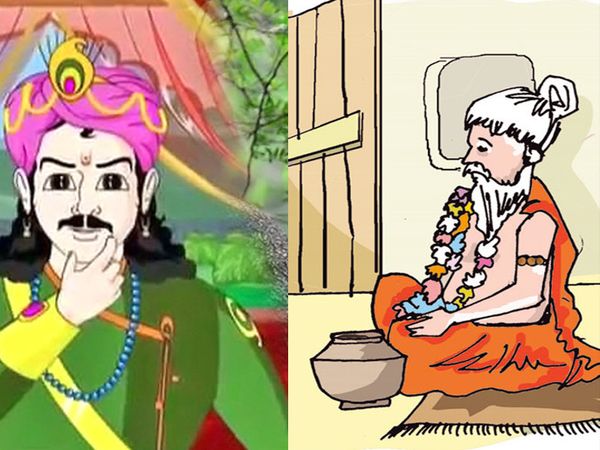 If there was a famine in a king’s kingdom, then the king’s treasury began to become empty. There was no revenue from the subjects and there was not much money left in the treasury. The king was very unhappy with this. After some time the situation became somewhat normal. But, the king’s earnings were not increasing.

The king’s enemies were also organizing forces to attack his kingdom. When the king came to know about this, his troubles increased further. One day the king caught some people in his palace while conspiring. Because of these things, happiness and peace had disappeared from the life of the king.

A servant of the king used to take care of the royal garden all day and ate dry rotis throughout the morning and evening. But, peace and happiness were visible on his face. The king was jealous of the happy servant. The king used to think that the life of this servant is better than my life. No worries, did your work and rests by eating a full meal in the morning and evening. I am also hungry and do not sleep.

One day the famous saint arrived at the king’s palace. The king honored the saint. The saints were very pleased with the service. The king told the saint all his troubles. The saint told the king that the root of all your worries is this Rajpath. You do one thing, hand it over to me and get rid of all worries.

The king agreed to this. He declared the saint as king. The saint told him what would you do now?

The king said that now I do not have money. I will work somewhere The saint said that you do my job here. Operate my kingdom, you also experience it. I will remain in my hut, you stay in the palace and take care of the state.

The king agreed to this task. Now the king was worry free. He got happiness and peace by becoming a servant. Now he started running the state efficiently. Eating full and sleeping also started getting better. Because, the king was not worried about what would happen if the kingdom came to a crisis, because the state belonged to the saint.

After a few days, when the saint came to the palace, the king said that Maharaj, I am very happy now. The saint told him that Rajan you were doing all this work earlier also, but at that time you considered the work as a burden. Now you are doing your work as a duty, the mind has started remaining calm by working happily. This is why your worries have disappeared.