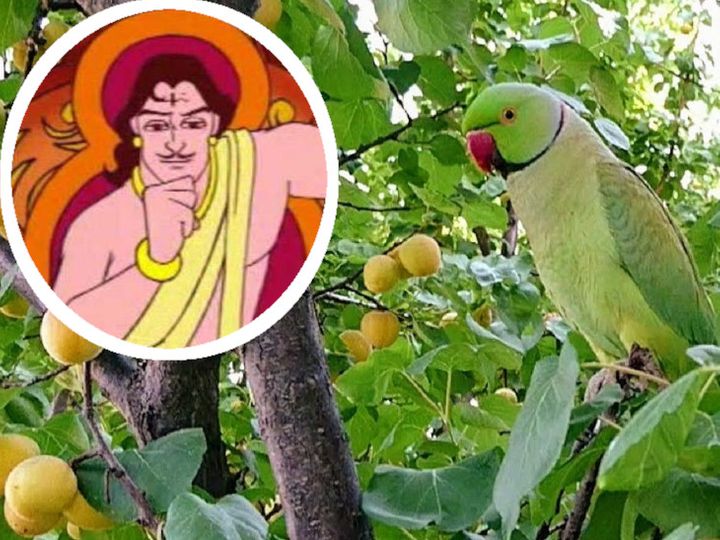 Those who do not have patience and who do any work in haste without thinking, they are sure to have problems. One should think carefully before doing any work. A folk tale prevails in this regard. According to the legend, in ancient times a king went for hunting with his horse. In the jungle he went far ahead, but could not find prey.

He lost his way in the forest. Even after much effort, he was not finding the right path. His condition was getting worse due to hunger and thirst. He stopped under a tree to rest.

Under the tree, the king saw drops of water dripping from a branch of the tree. He made a small donut of leaves there and started collecting droplets of water in the two. After some time, when some water collected in the two, he started drinking it, but then a parrot swooped down and dropped the two.

The king thought that the parrot might be thirsty as well, so he would have swooped down to drink water. The king again picked up the dona and in a short while again filled some more water in the two. The second time the king started drinking water again, the parrot again swooped and the king’s water fell again.

This time the king got angry. He raised the whip of the horse and struck the parrot. The parrot died in one shot.

The king thought that it is better than collecting a drop of water to reach the place where it is dripping from the tree. In this way water will be found to quench thirst in short time.

The king climbed the tree and approached the branch from which the water was dripping. There he saw a snake sleeping there and saliva dripping from his mouth as droplets. Seeing this, he understood why the parrot was not letting him drink water.

The king was very sorry for what he had done, but now nothing could happen. The parrot was dead.

Learning The lesson of this story is that we should think carefully before doing any work. Otherwise you may have to repent later.