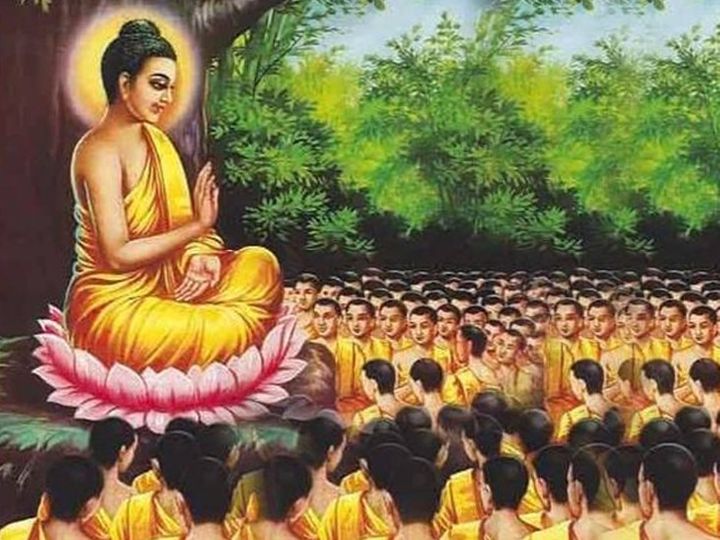 Anger is an evil that turns us away from everyone. If anger is not controlled, everything can be ruined. To control anger, one should wear silence and meditate daily. A folk tale of Gautama Buddha is prevalent in this regard. Know this story …

According to the legend, one day Gautama Buddha was sitting very quiet, seeing all this, all the disciples started worrying. The disciples thought that perhaps Tathagata was not well. Then a disciple asked him why you are silent today? Have we made a mistake? Another disciple asked if you were unwell?

Even after listening to the disciples, Buddha was sitting silently. When a disciple arrived there, he shouted out loud, “Why have I not been allowed to sit in the assembly today?”

Buddha was meditating with his eyes closed. Seeing the Buddha sitting in meditation, the disciple again shouted why I was not allowed to enter.

A disciple asked the Buddha to please let him come to the assembly. Buddha opened his eyes and said that no, he is untouchable. He cannot be allowed. Hearing this, all the disciples were shocked, the disciple said that we do not believe in caste differences, then how did he become untouchable?

Buddha said that today he has come in anger. The angry person commits mental violence. Therefore, he should stand alone for some time. The angry disciple was also listening to the words of Buddha. Now he started to regret his behavior. The angry disciple understood that non-violence is our religion. He pledged to the Buddha that he would never be angry now.

The lesson of this episode is that we should control anger in every situation. Those close to the words uttered in anger can also be overcome. There is peace in life only by avoiding anger.