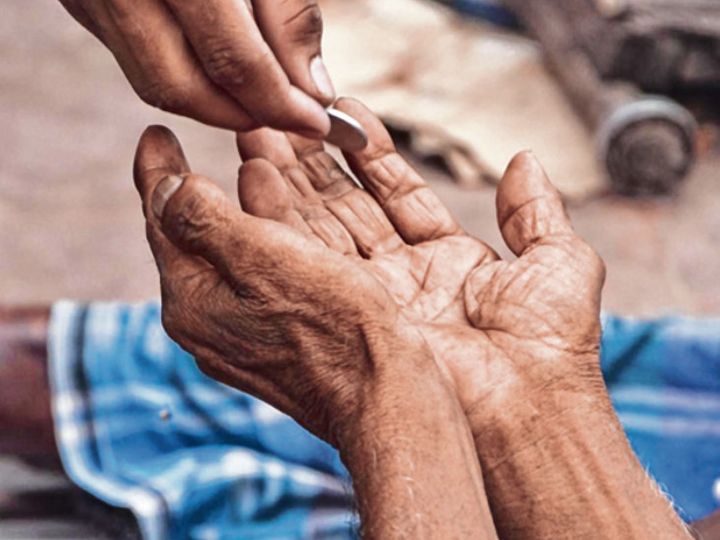 Was a woodcutter. He lived his life by cutting wood from the forest and selling it in the village market. He could get only enough money from this work that he could make arrangements to eat a lot of food. His life was going on in many troubles. Because of this he used to be very sad.

One day a scholar saint arrived in the woodcutter village. People were reaching from far away villages to see the saint and listen to his sermons. The poor woodcutter also reached to meet the saint. On getting the opportunity, the poor person told his problems to the saint. He told the saint that you ask God why there are so many problems in my life? The saint told him that he will pray to God.

A few days later the woodcutter reached the saint again. The saint told him that brother, your luck is only five bags of grain. That is why God is giving you a little grain, so that you can get food throughout your life.

After hearing the saint, the woodcutter returned to his home. A few days later he again came to the saint and said that Guruji, you should ask God to give me all the grains of my luck together. At least one day I want to have a full meal. The saint said okay I will pray for you.

The next day five sacks of grain reached the poor woodcutter’s house. He thought that the saint prayed for me, that’s why God has given me so much grain. He prepared a lot of food and ate it himself and distributed it to the poor people of the village. Everyone praised him. The next day, five sacks of grain came to his house again. He did the same again, eating himself and feeding others.

This went on for many days. Then one day he reached the saint and told the whole thing. The saint told him that brother you fed the grain of your luck to others, then God is very pleased with your noble cause. That is why they are also giving you the grain of luck of other needy people. So that you can make them full of food.

The poor person came to know about the saint. After this he continued the process of feeding others.

Learning The lesson of this story is that people who think about alleviating the suffering of others. God also helps them. That is why charity should be done. Donating can also change our life.