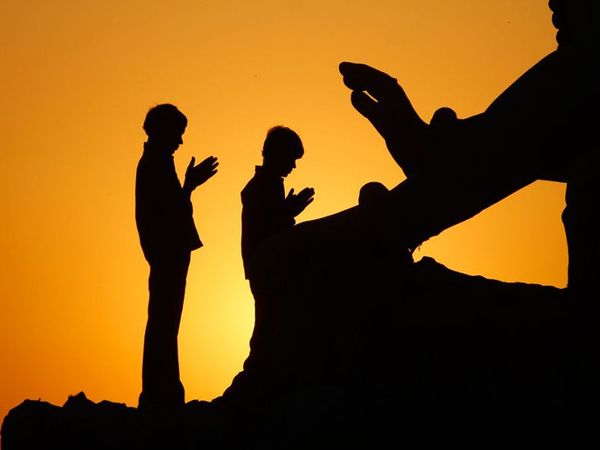 A shepherd used to go out into the forest to feed the cows every day. There was a saint’s ashram in the forest. The saints used to do penance, meditation and mantra daily. If Gwala looked at the saint everyday, he could not understand why saints do all this.

Gwale was young. To understand the saint’s actions, he reached the ashram and asked the saint what do you do all these days?

The saint told that I do devotion to get God. By worshiping daily, doing meditation, meditation and chanting mantras, one can have darshan of God.

After listening to the saint, Gwale thought that I should also see God. Thinking this, Gwala left the ashram and started meditating by standing on one foot under a tree in a secluded place. He also stopped breathing for a while. Gwale thought that until God would not give darshan, I would remain like this.

The Lord was pleased very quickly with such hard penance of a small devotee. He appeared in front of the cow and said, “Son, open your eyes, I have come in front of you.”

Gwale asked who you are without opening your eyes.

God said that I am the same God for whom you are meditating.

Hearing this, Gwale opened his eyes, but he had never seen God. He started wondering if he is the only God?

To find out the truth, he tied the Lord to a tree with a rope. God is also tied to the devotee.

Gwala immediately ran to the ashram of that saint and told the whole thing. The saints were surprised to hear all this. They too immediately reached that place along with Gwale.

When the saint approached the tree, no one appeared there. God was visible only to the guelle. The saint said that I do not see anyone here, so Gule asked God for the reason.

God said that I only see those people who devoutly worship me. I do not see people who have fraud, selfishness, greed in their mind.

Learning – Those who do devotion to God because of personal selfishness, they do not get the grace of God. Selfless devotion is successful.