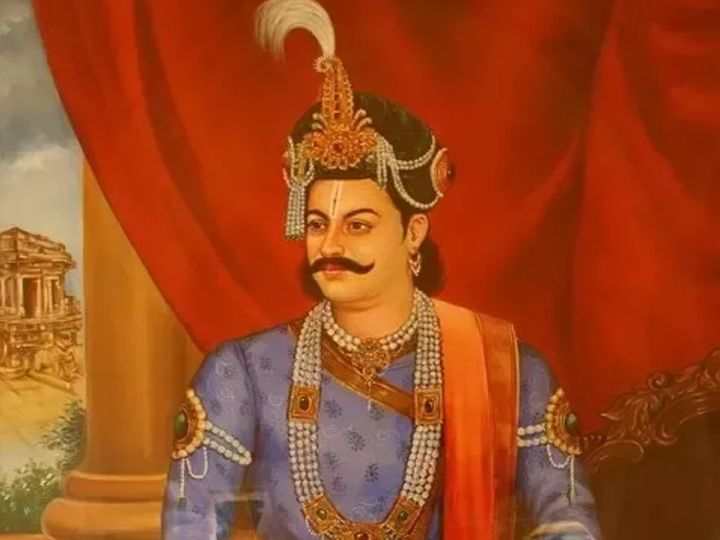 In ancient times, a king had no child. His king and queen were very sad about this. In old age, the king started worrying about who would become the next king of the kingdom? Then the ministers advised that we should declare a qualified person of the state as the successor.

The king liked the talk of ministers. He held an examination for selection of qualified person. The king wrote a math formula at the closed gate of his palace and made a declaration in the state that for the person who solved this formula, these gates would open automatically and he would be declared the heir of the kingdom.

On hearing this announcement, the great mathematicians and other intelligent people of the state reached the palace gate. Everyone stood near the door and tried to solve the sutra. It was morning to evening, but no one was able to solve this formula. A boy too was watching all this while away. In the evening, all the people returned to their respective homes. Then the boy came and he pushed the door slowly then the door opened.

After opening the door the boy reached inside the palace. When the people of the state came to know about this, everyone reached the palace to learn how the boy solved the formula. The king also asked the boy how did you solve this formula?

The boy said that I was watching everyone solve the formula. But, even the greatest mathematicians were not successful in solving this formula, so I thought that it may not be true. The gate should not have any relation with the sutra. Thinking this, I tried to open the door and the door opened. In fact this was not a formula. The king was overjoyed to hear the boy and declared him his successor.

Learning The king had set such a test just to test his reasoning power. Only the boy could succeed the test in his intelligence, as he understood the circumstances. Whether the sutra and the door have any relation or not, he tried to test it and in his intelligence the door opened. This happens many times in our life too. Any problem is very small, but without thinking it they consider it big and come to the conclusion that they will not be able to solve it. While understanding the circumstances and moving forward, you can definitely get success.