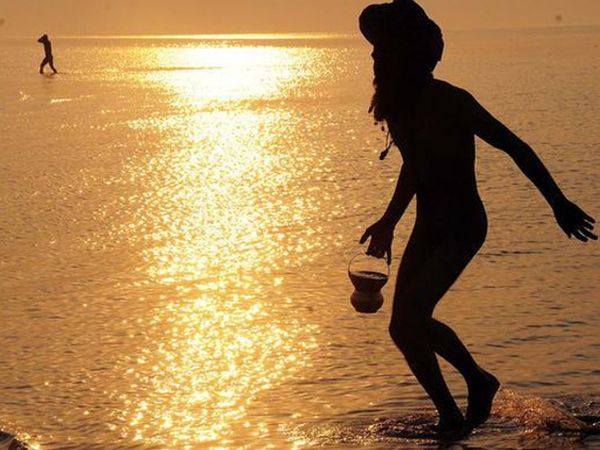 From time to time, people of the village also donated dakshina to the saint. Sometimes grains, clothes, etc. were also given as gifts. If the saints were alone, they did not spend much. That is why a lot of money was collected with them. They tied all the precious things in a bundle.

The saint was afraid of thieves. That is why they used to keep the bundle with them. The people of the village knew about that bundle. One day a thief came to the village and came to know about the bundle of saints.

The thief looks for a chance to steal the saint’s bundle. Even after a long time, the thief could not steal the bundle, because the saint kept the bundle with him every moment. After thinking a lot about the thief, he planned that he would have to be a disciple with the saint and when he got a chance, he was going to steal the bag

The thief turned to the saint and praised the saint. He said that he wants to learn to worship by staying with the saint. He wants to become knowledgeable and learned like a saint.

The saint was very confident in him. One day the saint took him to the bank of the river and took out his bundle and told the disciple that I come after bathing in the river, you take care of this bundle. The thief was waiting for this moment as a disciple. As the saint descended into the river, the thief ran away with a bundle full of money.

Learning – Never trust an unknown person immediately. Otherwise there may be damage. Thoughtfully trust a stranger.