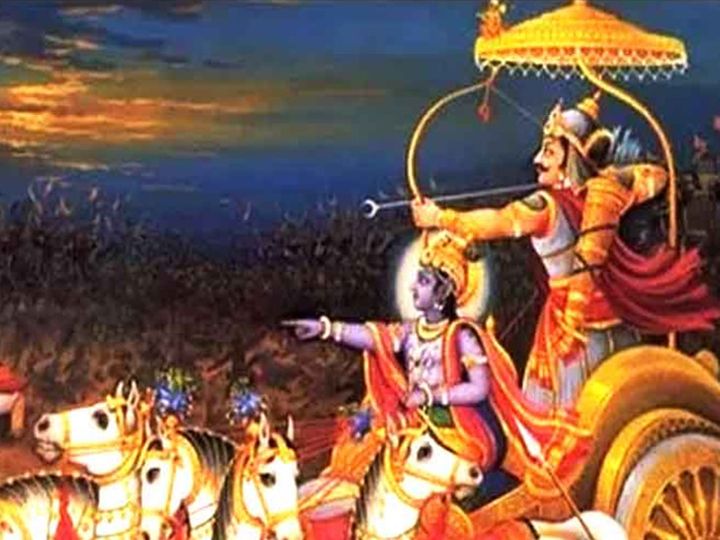 People who do wrong things can get pleasure for some time, but one day there also comes a time when they get the fruits of bad deeds and they get caught in troubles. The bad person gets into trouble, only then do you remember the religion and right and wrong. In this connection, a story is told in the Mahabharata.

According to the legend, the Mahabharata war was going on. The Pandavas killed many Maha Chariots of the Kaurava army. After this, Arjun and Karna face to face. The war of both was going on. During this, the wheel of Karna’s chariot got stuck in the ground.

Arjuna’s charioteer Shri Krishna said that only when a bad person gets into trouble, he only remembers religion. Today Karna’s condition is similar. When Draupadi was being ripped off, Karna did not support religion even when the gambling was taking place. Not returning the Pandavas to their kingdom even after exile, 16-year-old Abhimanyu was surrounded by many people and killed, it was also wrong. Where was Karna’s religion at that time? Karna was disappointed on hearing these things.

Shri Krishna told Arjuna that you do not stop and shoot the arrow. Karna has no right to talk about religion. It has always supported unrighteousness. Arjuna obeyed Krishna and left the arrow on Karna and he was killed.