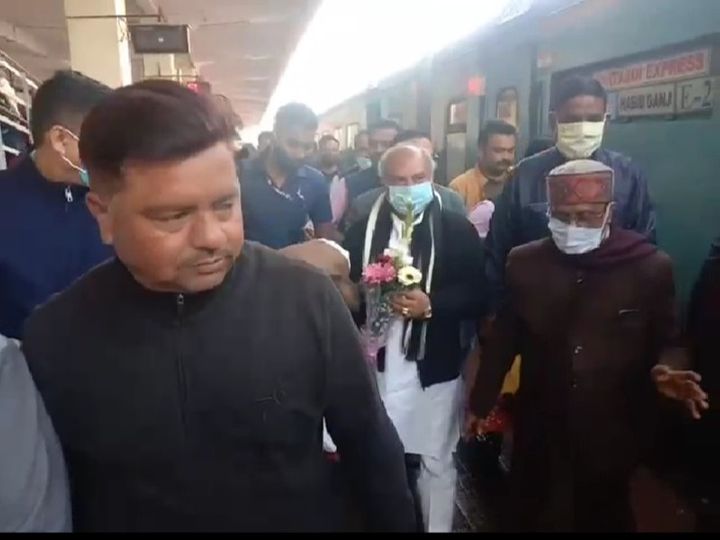 Union Minister of Agriculture, Narendra Singh Tomar arrived in Gwalior on Sunday morning. Here he will participate in several events with C.M. As soon as he has come, he has hit back at former Chief Minister Digvijay. A day before Digvijay’s statement that Narendra Singh Tomar has never cultivated, will he understand the pain of the farmers but he has said that now even the Congress does not take Digvijay Singh’s statements seriously. At the same time, the farmer movement has been accused of political politics of the Congress. He has spoken. The peasant movement is going on, but it is of a limited area. The government is ready for talks and I think it will be resolved soon.

On Sunday morning, the Union Agriculture Minister of the country Narendra Singh Tomar has reached Gwalior by the Shatabdi Express from Delhi. It is here to participate in several programs in the day with CM Shivraj Singh. He has been strongly welcomed at the station. He has also spoken to the media during the reception. In this, he has said that Congress has no right to accuse and speak about farmers, because when Congress was in government, they did nothing for the farmers. This kind of reform has already been done by the pro-Congress party. The Congress had a manifesto for the 2019 elections, in which the Congress had mentioned these bills. When he comes in the government, he will work, but the Congress is trying to turn around politics in the name of farmers. We are trying to resolve this issue soon.