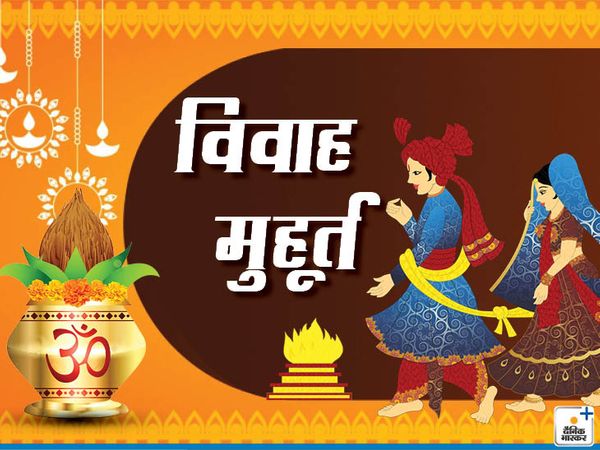 Ramnavami festival will be celebrated on 21 April. Weddings are starting on the very next day i.e. 22 April. On this day the second marriage of the year and the first marriage of the month will be auspicious. After the end of the Kharmas on April 14 and the rise of the planet Venus on 17, there will be 50 Muhurtas for weddings this year, including the Akshaya Tritiya and the Abuja Muhurta of Devuthani Ekadashi. Starting from April, the round of weddings will last till July 15. After this, Manglik programs will be stopped due to the adoption of Chaturmas.

From 20 July to 15 November, there will be no Manglik work in Chaturmas
On July 20 this year, due to the Devshayani Ekadashi of Shuklapaksha of the month of Ashada, marital or mangalic work will not be done. Then, on November 15, Manglik work will start from the Devthani, Devuthani Ekadashi of Shuklapaksha of Kartik month. In May and June this year there are more Muhurats for marriage.

37 Muhurats from April to July
There will be a total of 37 Muhurats for weddings from April to July. First of these, on 22 April, then every day from 24 to 30 April, the marriage will be auspicious. The next month, ie in May, will get maximum 15 days for weddings. Then 9 days in June and 5 days in July are Vivah Muhurat. Of these, the last auspicious will be on 15 July. Because on July 20, Devshayani Ekadashi will ban weddings.

13 days in November and December
After the Devashayan in July, the marriage season will resume on 15 November with the marriage Muhurta on Devouthani Ekadashi. This month, seven days out of 15 will be auspicious for marriage. There will be only 6 days for weddings till the 15th of the next month, ie in December. Because the Kharmas start from December 15, Manglik works are forbidden. 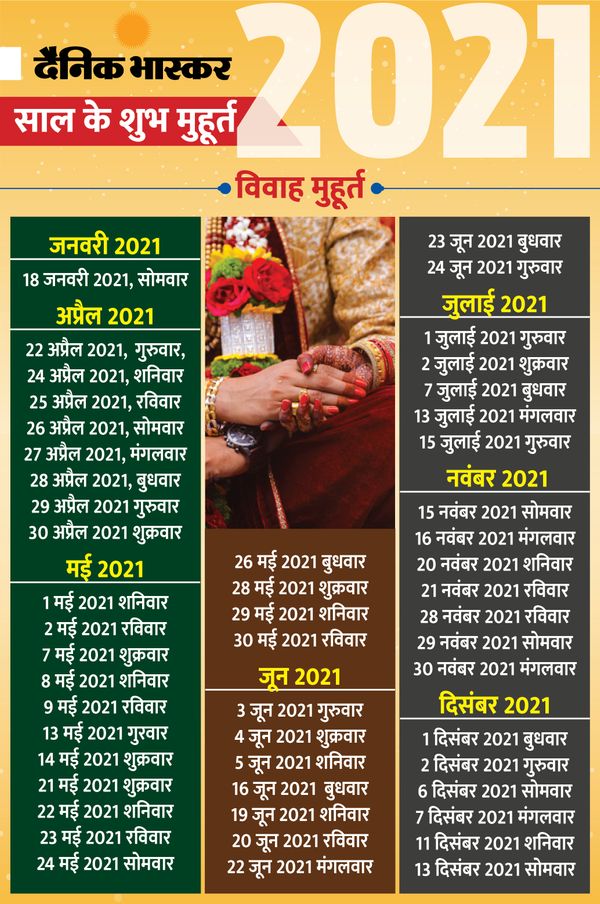