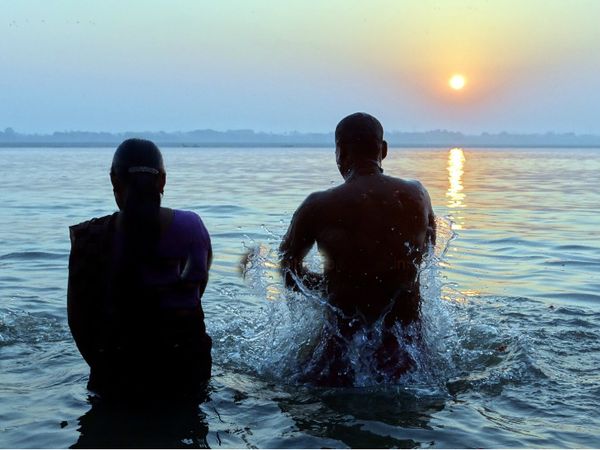 Amavasya is the first Somvati of the year on 12 April. The Amavasya that falls on Monday is called Somavati Amavasya. This coincidence also happens 2 or sometimes 3 times a year. This Amavasya has been called a festival in Hinduism. On this day, worshiping, fasting, bathing and donating give the fruits of many yagyas. Taking a pilgrimage bath on Somavati Amavasya provides a never ending virtue. But due to Corona epidemic, adding a few drops of Ganga water to the water at home can also result in bathing in the pilgrimage.

Mahabharata has explained its importance
Dr. Ganesh Mishra, the astrologer of Puri, states that in the Mahabharata, Bhishma had explained to Yudhishthira the importance of this day and said that, a man bathing in the holy rivers on this day will be prosperous, healthy and free from all sorrows. It is also believed that bathing also satisfies the ancestors.

People worship on Somavati Amavasya
The Peepal tree is home to the ancestors and all the gods. Hence, on the day of Somavati Amavasya, who mix water and black sesame in milk, offer it to Peepal in the morning. They get freedom from Pitradosh. After this, worshiping and circumambulating the people pleases all the gods. By doing this, all kinds of sins are also eradicated. It has been told in the texts that the orbiting of Peepal also increases the fortunes of women. Therefore it is also called Ashwattha Pradakshina fast in the scriptures.