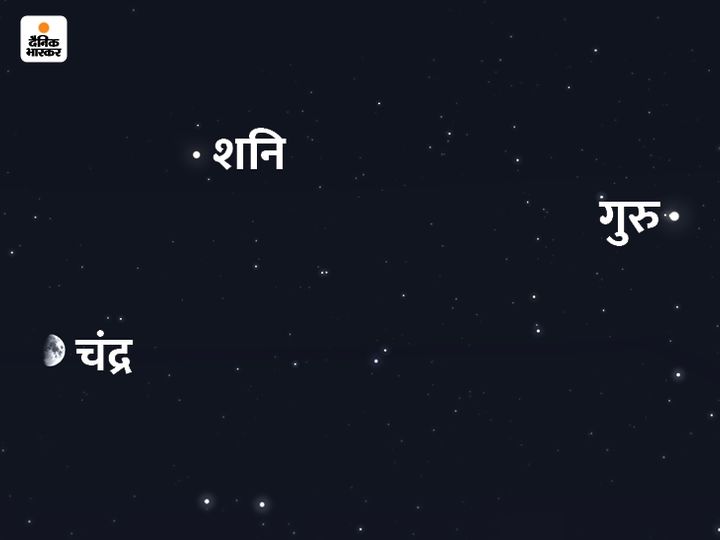 After sunset on Thursday, December 17, three planets of the solar system will be seen shining together in the west direction. This evening, the triangle of the three planets, Guru, Saturn and Chandra will be seen. This amazing view of these planets will be seen around 400 years.

According to Bhopal science broadcaster Sarika Gharu, Jupiter and Saturn conjunctions are seen every day in the evening. The distance between these two planets is very short. Guru-Shani has come so close after nearly 400 years. On Thursday evening, along with Jupiter and Saturn, a shining moon in the shape of 13 percent will also be seen.