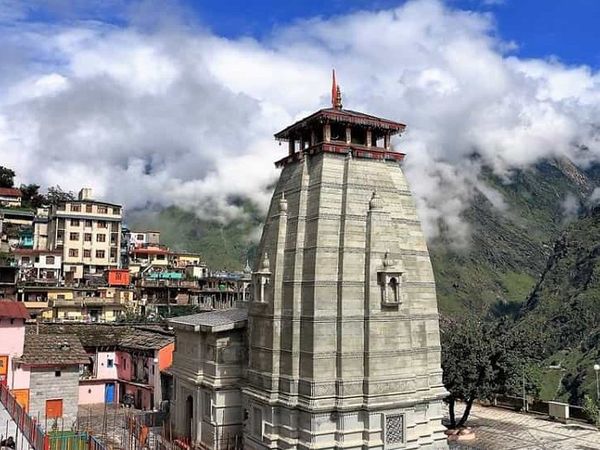 Today is the Dwadashi of Shuklapaksha of the month of Falgun. Lord Narasimha is worshiped on this date. Therefore it is called Narsingh Dwadashi. The fourth incarnation of Lord Vishnu took place in the form of Narasimha. He wore this avatar to protect the destruction of the Hiranyakashipu and the devout Prahlada. There is a temple of Lord Narsimha in Joshimath, Uttarakhand, more than one thousand years old. Which is believed to be related to the annihilation of the universe. This temple is also called Narsingh Badri. Visiting here eliminates all the problems. It is believed that Lord Narasimha fulfills every vow here.

In the common days, people keep visiting this temple throughout the year. At the same time, Lord Badrinath sits in this temple during the cold season. This is what they are worshiped for. It is believed that a visit to Badrinath Dham is not considered complete without seeing Lord Narasimha at Joshimath.

Shaligram is made of stone idol of Lord Narsingh
The idol of Lord Narasimha installed in the temple is made of Shaligram stone. The statue was constructed during the reign of King Lalitaditya Yukka Suffering of Kashmir in the eighth century and some believe that the idol self-manifested. The idol is about 10 inches and Lord Narasimha sits on a lotus. Statues of Badrinarayan, Uddhav and Kubera are also present in this temple along with Lord Narsingh. The temple has statues of Lord Rama, Mata Sita, Hanuman ji and Garuda installed on the right side of Lord Narasimha and on the left is the statue of Kalika Mata.

Many opinions are received regarding the establishment of the temple
According to the Rajatarangini text, during the Digvijay Yatra by King Lalitaditya Muktapeed of Kashmir in the 8th century, the ancient Narsingh temple was built to worship the fiery Narsingh, who is an incarnation of Lord Vishnu. Apart from this, there is also a belief associated with the Pandavas that they laid the foundation of this temple during Swargarohini Yatra. At the same time, according to another opinion, Adi Guru Shankaracharya established this temple because he considered Narasimha to be his god.