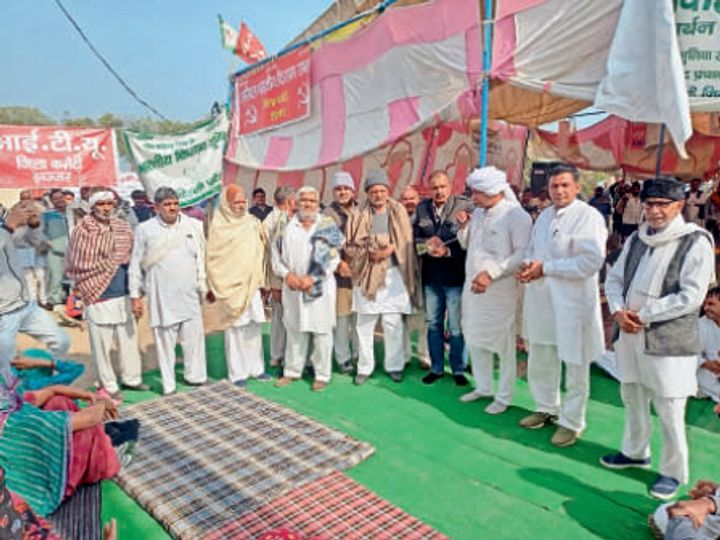 The farmers’ dharna led by Gulia Khap Teesa entered the 59th day today. The dharna of the peasant movement is presided over by Vinod Gulia, the head of Gulia Khap Teesa. While addressing the dharna, Vinod Gulia said that on the call of Kisan Samyukta Kisan Morcha, national and state roads will be closed in all the states of the country from 12 noon to 3 pm on February 6. Farmers along the Dhasa border will stop Gurugram Chowk in Badli as well as other routes including Jahagad Chowk in Beri, toll plaza in Deghal, Dujana Chowk, Rohad toll plaza.

Police alert
In view of the violence on 26 January, Delhi Police has made adequate security arrangements at all the borders so that the miscreants cannot enter Delhi from the ticker border. The PRO of Delhi Police said that we are keeping an eye on all the material being shared on the social media platform to ensure that rumors about the police or other things are not spread.

Demonstrators are camping at the border of the ticking border. At the same time, Delhi Police is also in touch with Jhajjar police. Police organizations have also been alerted in Bahadurgarh following the proposed chakka jam on 6 February, amid a deadlock over agricultural laws. In view of this, the police has started intensive discussion for hours on arrangements to deal with any kind of untoward incident during Chakka Jam.