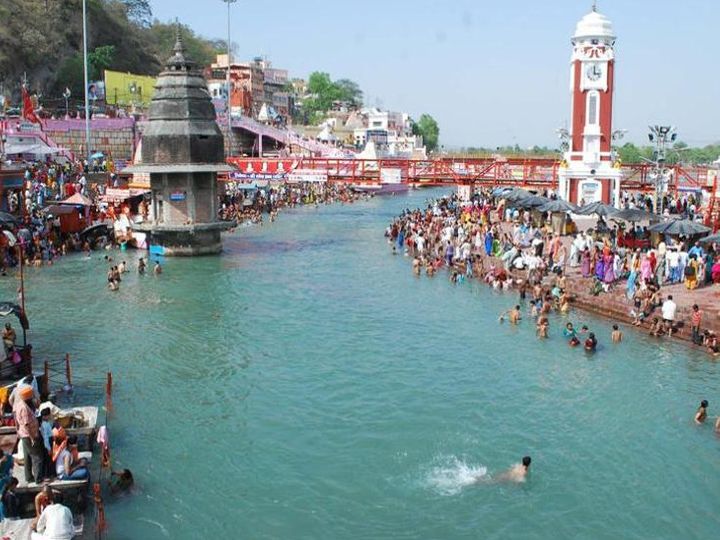 Author- Rajeev Ranjan Mishra
December 5 is World Soil Day. Mokshadayini Maa is not just a normal stream originating from the Ganges Himalayas, but is considered a symbol of Indian cultural splendor, reverence and faith. The Ganga has not only been a river of divine eloquence, since time immemorial, with India’s faith being the center of reverence, but also providing economic security and water and food security to 43 percent of the country’s population. This is the reason why she is also called Mata Swaroopa.

In order to ensure the conservation and promotion of the mother Ganga with uninterrupted uninterruptedness and cleanliness, the National Clean Ganga Mission was launched, which today works on policy decisions and projects to make the Ganga uninterrupted and clean and to protect them in the general public. Is working towards awakening the consciousness.

The National Clean Ganga Mission is giving priority to conservation of soil, water and biodiversity along with environment and ecology, besides promoting organic farming in a natural and scientific way in the riverside agriculture sector to increase the income of farmers. Because sustainable agriculture is very important in conservation and promotion of Ganga.

In the recent scenario, river basin management needs to ensure that the basin’s natural biological and abiotic resources i.e. soil and water are adequately protected over time. Today, changes in farming practices and environment have affected both soil and water.

Healthy soil is very important for sustainable life and human welfare on earth but due to soil erosion on all continents of the world, there is an increasing threat to food and water security and many basic needs of life.

Today, in many countries of the world, the emphasis is on spreading awareness to prevent soil erosion and make it healthy again in future. Which is a very important initiative. It has been well known to these countries that healthy soil is the basis of healthy habitat and life for all living beings. It is also mentioned in our ancient texts, Kautilya has elaborated in his “Arthashastra” about manure and soil fertility management and other systems of water conservation and the dependence of healthy water on healthy soils.

In 2015, during the United Nations Climate Dialogue in Paris, the importance of soil health for economic and ecological presence has been recognized globally. The program suggested that arable soil can play an important role in food security and climate change. On the other hand, from the Indian point of view, there has been a lot of soil erosion in the areas of the Ganges basin, in which the upper layer of the Ganges basin has been used indiscriminately for brick making. On the other hand, cutting of trees in alluvial areas has also been the main reason, which has resulted in continuous soil erosion.

Soil is an important medium for our maintenance. It is important to note that it takes thousands of years to build a semi-clay soil and due to mismanagement of natural resources by us, natural disasters cause tons of soil to be wasted in a short time or erosion and waste in river, drains, sea. . Also, due to urbanization, 3 million hectares of arable land is being converted into urban land every year, which is a very serious matter. They have to understand that the proportion of agricultural land is being reduced in proportion to the amount of food production that is needed to sustain this large population.

Recently, in the report of United Nations Food and Agriculture Organization, it has also become clear that 27 billion tonnes of soil erosion is being caused by water logging, alkalisation every year. This amount of soil is equal to one crore hectares of agricultural land. However, today many programs including land improvement program, organic farming are being carried out in the Ganga Basin area by the Namami Gange Mission. These days special emphasis is being laid on soil investigation.

Under the Namami Gange Mission, attention is being paid to the economy and environment of the entire area adjacent to the Ganges. People are being inspired to plant organic farming and medicinal plants along the banks of the Ganges. Mission dolphin is also getting help in this campaign in the plains.

Only “governmental efforts are not adequate for the protection of Ganga, so it has been made a mass movement.” Along with this, a better framework is being created by strengthening all technical aspects and activities including ‘Earth Ganga’ and ‘Gyan Ganga’, so that an excellent example of multidimensional development can be presented in the coming days. Today, the National Clean Ganga Mission has developed a comprehensive approach to meet various other challenges such as waste management, solid waste management, industrial pollution, river front development, biodiversity conservation, afforestation, river management planning and wetland conservation through various sectors. Have done

The work being done by the Namami Gange Mission towards river conservation is also playing an important role in the direction of soil conservation today. Therefore, it can be concluded that soil not only protects our food security and livelihood, but the importance of soil on human life and biodiversity held on earth is so high that the International Soil Association in 2002 With a view to thank the contribution of soil as a component, it was proposed to celebrate World Soil Day on 5 December, to accept and maintain the importance of soil, every year from 05 December 2014 to ‘World Soil Day’ all over the world. Is being celebrated

Therefore, if the soil gets adequate protection in India, it is the second most arable land in India after the United States, which is 14.2 percent fallow land including 46.54 percent of the total area of ​​India, which can be used for agriculture.

(Rajiv Ranjan Mishra, currently serving as the Director General of the National Mission for Clean Ganga (NMCG). He is also in charge of the Directorate of National River Conservation. He has held several important positions with the Government of India, including River Basin Management , Irrigation, environment, water and sanitation, housing, and urban development. They have rich experience of working in these areas.)