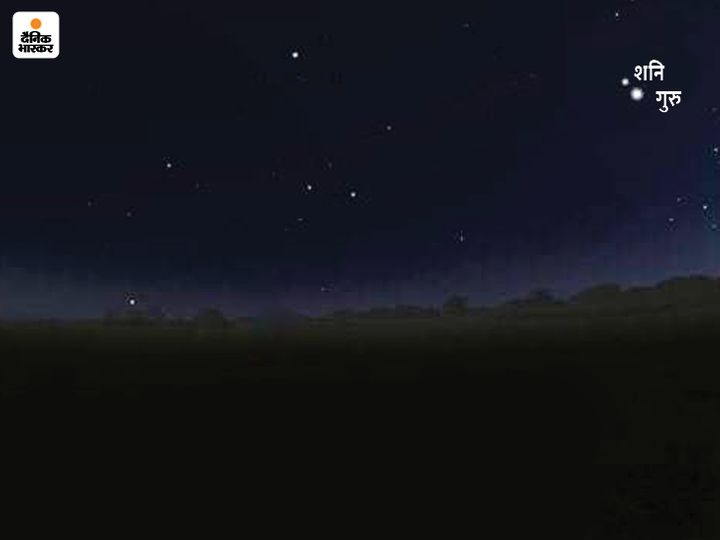 Tonight is very special from the perspective of astronomy. On the night of December 21, Jupiter (Jupiter) and Saturn (Saturn) will be very close. There will be a distance of only 0.1 degree between these two. This phenomenon is called the Great Conjunction. The 21st will also be the longest night of the year.

Bhopal science broadcaster Sarika Gharu said that although Guru and Saturn come closer every 20 years, this time the distance between these planets will be just 0.1 degree. This is happening after about 400 years. Earlier in 1623, these two planets came so close. After this year, on the night of 15 March 2080, Guru-Shani will appear so close.

How can we identify these two planets?

These days Guru and Shani are visible in the west direction. After the sun sets, a pair of two planets are visible in the west direction. It has more bright planet Jupiter and less bright planet is Saturn. These two planets are set at about 8 o’clock, that is, they are not visible after 8 o’clock. That is why they can be seen before 8 pm. Guru-Shani will appear together on Monday night.