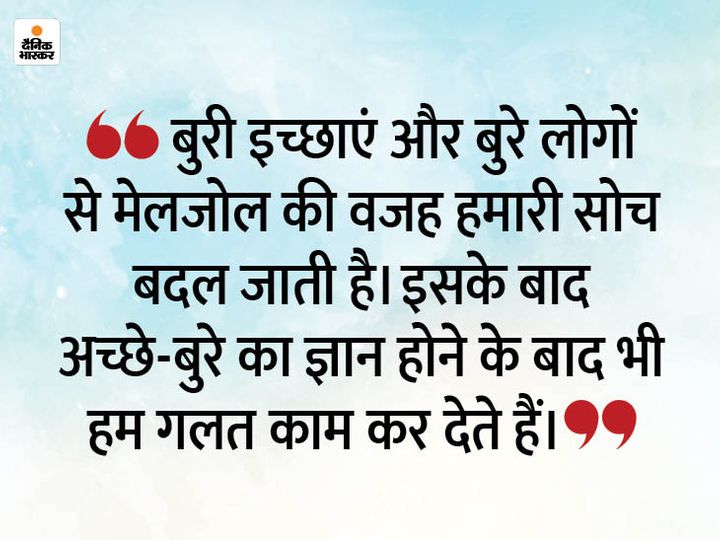 story- The war between Sri Ram and Ravana was going on. Rama-Lakshmana killed many of Ravana’s warriors. Ravana then woke his brother Kumbhakarna to sleep. Kumbhakarna was very powerful but due to the boon of Brahma he slept for 6 months. Once in 6 months he woke up and drank a lot and then slept.

Waking up from sleep, Ravana told Kumbhakarna the whole thing. Kumbhakarna was knowledgeable about religion. He said to Ravana “Brother, you have not done this job well. Shriram is not a normal person, you have created a great crisis in front of Lanka by killing Goddess Sita. Shriram has a brother like Laxman, a powerful servant like Hanuman Huh.”

Kumbhakarna and Vibhishana faced each other on the battlefield. Vibhishan said, “I tried hard to convince my elder brother Ravana, but Ravana kicked me out and then I came to Sri Ram’s shelter.”

Kumbhakarna said, “Brother, you have done such a great job that you have gone to the service of Shriram. It will benefit the welfare of your clan. But, I cannot do that. I have consumed the meat of Ravana, my Only Ravana has a shadow on my mind. I am in the bondage of Ravana. Knowing right and wrong, I will fight with Shri Ram. “

Learning We all know what is right and wrong. But, the company of wrong people, bad things and bad desires causes us to do wrong things, so avoid such things.