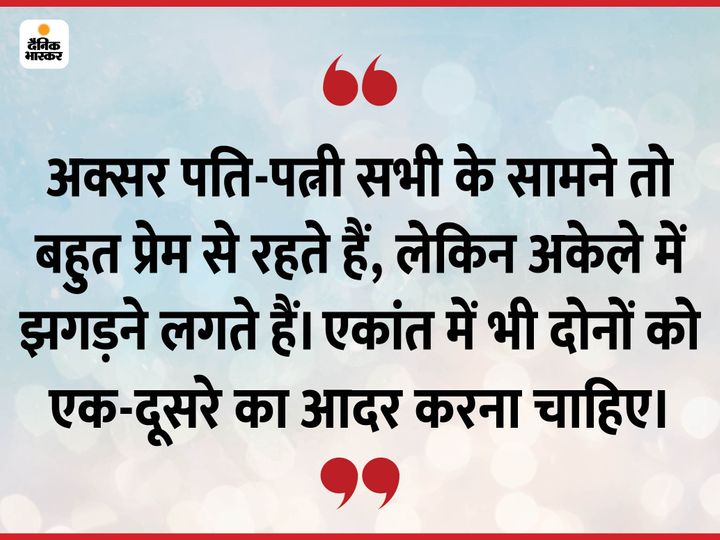 idea- Usually, the husband and wife live in front of everyone with great love, but they start quarreling in private. Whereas, both should respect each other even in solitude.

In this regard, it is written in the Ramacharit Manas Balakand, ‘When Shiva saw the Goddess, she was very respectful to him and gave him a place to sit next to him. After this both of them spoke to each other with great respect. At the behest of Goddess Parvati, Shivji narrated the Shri Ram story.

Learning From this small episode of Shiva and Mata Parvati, we get the lesson that husband and wife should respect each other in solitude. People usually respect their spouses, but sometimes speak harsh words, which leads to controversy.