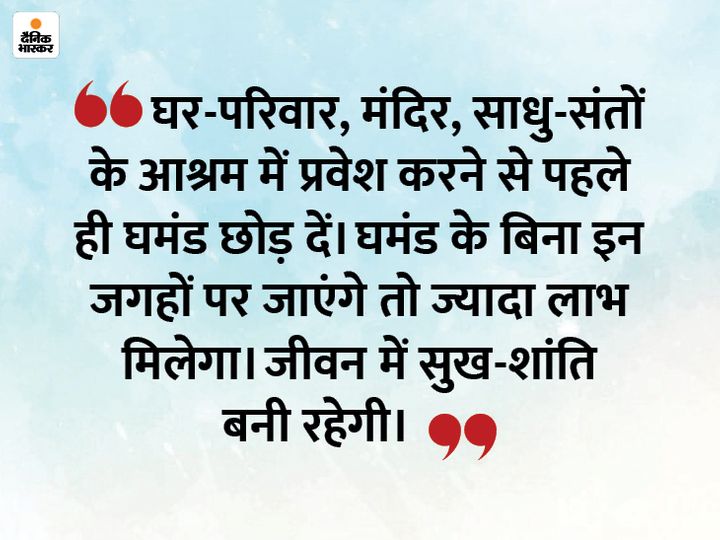 story – A king often came to Mahavir Swami. The king was very powerful and wealthy. Whenever he came to Mahavir, he used to bring a lot of wealth, gems and jewelery with him, but every time Mahavir Swami used to say the same thing to the king, ‘Rajan drop them.’

By obeying Mahavir Swami, the king used to drop all the valuable things there and return to his palace. The king felt bad about Swamiji’s behavior. The king thought that someday Mahavira would accept the gift given by me, but it could not be done.

The king told this to his minister. The minister was very intelligent. He said, “Rajan, this time you only take flowers.”

The king obeyed the minister and reached with beautiful flowers in front of Mahavira. Swamiji said, ‘Drop them.’

Hearing this, the king was disappointed and dropped the flower there and returned to the palace and told the minister this. The minister said, “Rajan, you go empty-handed this time, then let’s see what happens?”

The king arrived in front of Swamiji empty-handed the next day. The king said, ‘I was bringing valuable things to you every time, but every time you used to speak to bring them down. Then I brought flowers. You even asked the flowers to fall. Today I have come empty handed. Now tell me what is the order?

Hearing this, the king understood that Mahavira was talking about the arrogance.

Learning There are some places around us where we should not boast. Do not be arrogant in front of any saint in the family, in temples, in the family. If you avoid pride in these places, you will get more benefits. There will be peace and happiness in life.