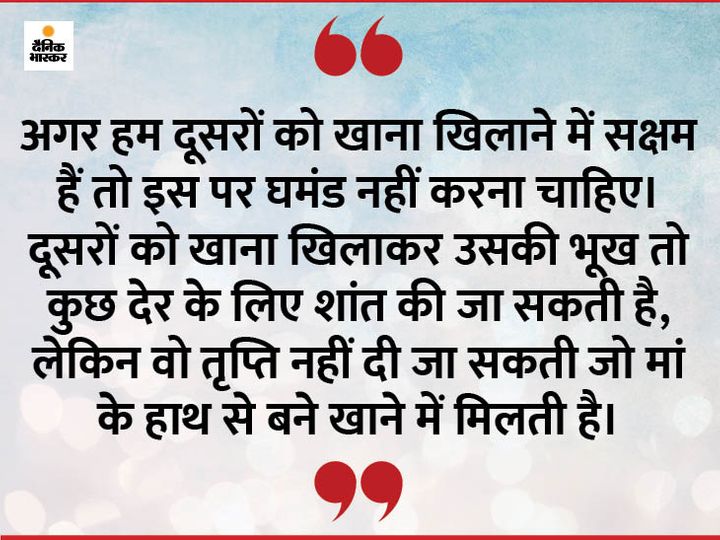 story- Once Kubera Dev thought that I have so much money, then I should invite some special people for food. Kubera approached Shivji and invited him to his family for dinner.

Shivji told Kubera, ‘You are calling us to eat, it is better that you feed the needy people.’

Kubera said, ‘God, I keep feeding others. I have so much money, so I want to provide food to your family too. ‘

Shivji understood that Kubera was proud of his wealth. He said, ‘I do not go anywhere, you do one thing, take Ganesha. Make him a meal. But, keep in mind that Ganesh has a different appetite. ‘

Kubera said, “If I can feed everyone, then I will also feed Ganesha.”

The next day Ganeshji reached Kubera Dev’s house. Kubera made a lot of food for him. When Ganesha sat down to eat, the entire meal was over. They asked for more food. Kubera got scared after seeing this. When they made more food immediately, that too was over. Ganeshji was asking for food again and again.

Kuber said, ‘Now all the food is over.’ Ganeshji said, ‘Take me to your kitchen, my hunger has not calmed down.’

Now Kubera Dev could not understand what to do, so that Ganesha would be satisfied.

On seeing Maa Parvati, Ganesh said, ‘My hunger has not calmed down by eating Maa, Kubera Dev. Give me something to eat. ‘

Parvati went to her kitchen and brought food. Ganesh got satisfied as soon as he fed the food with his hand. When the mother started feeding, Ganesh said, “Mother, my stomach is full.” I can’t eat now. ‘

Then Ganesha got up and said, ‘Mother, if I eat more my stomach will burst.’ Ganeshji left after saying this.