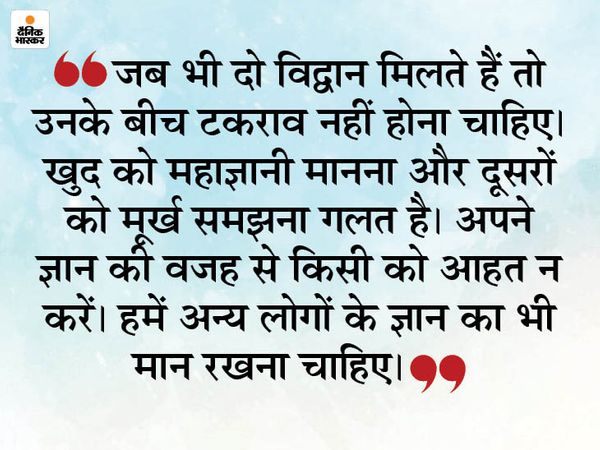 The next day some people from that village reached Gurunanak. They brought milk in a glass filled to the brim. They put that glass in front of Gurunanak. Gurunanak put some rose petals in that glass. The people of the village returned with a glass.

After some time the people of the village came again and they invited Gurunanak to come to their village. All the disciples were surprised to see this.

After the villagers left, the disciples said, ‘We did not understand anything. At first we camped outside the village. Then the people of the village brought a glass of milk, you put flower leaves in it and then they are inviting you. ‘

Gurunanak said, ‘This is a sign language. Actually, this village is a scholarly village. We already know this thing. That is why he did not enter the village directly. From there, there was an indication that here in the glass, knowledge is full of milk like milk. What have you come to give us now? Then I put rose leaves and said that we will not tamper with your knowledge. Whatever understanding we have, they will be placed on top of your knowledge and return. The villagers accepted this and invited us to come to the village.

The glass was full of milk, if anything else was added to it, the milk would spill. That’s why Gurunanak put flower leaves in it. There was no tampering of glass of milk with the leaves of the flower.

Learning – Gurunanak has explained to us one thing that everyone in the world is a scholar in his own way, but when two scholars meet, there is a conflict between them. It should not happen. Care should be taken that the knowledge of one scholar should not hurt the feelings of another scholar. We are knowledgeable, do not boast about this and do not make the mistake of considering others as fools. You should also respect the wisdom, knowledge and understanding of others.