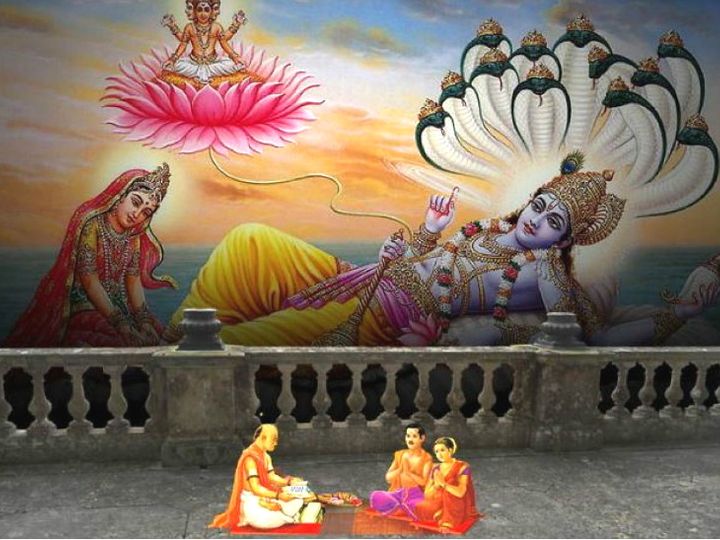 Devauthani Ekadashi is on 25 November. The Chaturmas will end on November 26 the next day. All auspicious work will start from this. This year, Chaturmas was five months old due to Ashwin’s excess mass. There is also a tradition of marrying Devuthani Ekadashi without a muhurat. There is a religious belief about this date, Lord Vishnu wakes up after sleeping for four months in Kshirsagar. From this day onwards, marital events will start in auspicious times. Saint Namdevji was also born on this day.

Chaturmas finishing: change in weather
The weather becomes pleasant due to Devauthani Ekadashi. The environment becomes friendly to nature and humans in every way. Therefore, on this Ekadashi, worship and Lord Shaligram are married to Tulsi. Tulsi is also a preventive plant. Germs are destroyed by staying in its house.

Why chaturmas
According to the legend, Lord Vishnu killed the mighty demon Shankhasura. Went to sleep in the Kshir Sagar to eradicate exhaustion. The operation of the universe was handed over to Shiva. He rested for four months from Ashadha Shukla Paksha Ekadashi to Kartik Shukla Ekadashi. Since then, it is auspicious for all auspicious works from Devshayan to Devotthan Ekadashi for four months. According to the belief, after the awakening of Vishnu on Devotthan Ekadashi, on November 25, Shiva will again hand over the operation of creation to Vishnu.

Chaturmas: Four months of rule restraint
Chaturmas i.e. four months from July to November. More than half of the days of July-August and September in public life are of rain. Also, all the big festivals and festivals are celebrated till November. So it was difficult to travel in these days due to the upsurge in the river drains. Many types of animals are also born in the rain. Therefore, in the Chaturmas it was proposed to stay in one place in moderation.