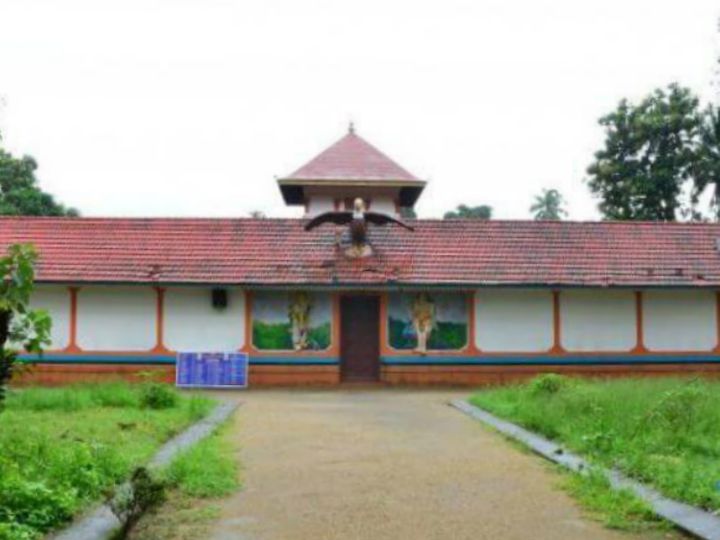 There is a 1000-year-old temple of Lord Dhanwantari in Thottuva village, about 40 km from Kerala’s Ernakulam district. The temple administration believes that the idol of Lord Dhanwantari was installed by Lord Parashurama here. Therefore it is called Adi Dhanvantari Dev. It is believed that Namboodari Brahmins were first worshiped here and a temple was built here in the 9th century. Subsequently the sub-gods Ayyappan, Ganapati, Bhadrakali and Raksha were established in this temple. Here, Lord Dhanwantari is offered raw milk (un boiled) and butter. Along with this, they are specially offered to Krishna Tulsi.

Six feet tall idol
The people of the temple administration say that Lord Parashurama installed the idol of God Dhanwantari and he used to anoint it. The idol of Lord Dhanvantari is about six feet high. Which has four hands. Among them is Amrit Kalash in right hand. In the left hand is holding the atta, cone and chakra. The other 4 sub-deities in the temple are Ayyappan, Ganapati, Bhadrakali and Brahmarakshas. To the right of the temple is a small stream which flows eastwards. There is a tradition of visiting the temple after bathing in this stream.

Vata, Pitta and Kapha doshas end
Devotees worship Lord Dhanwantari here with a long and long and healthy life. Ayurvedic medicines and Krishna Tulsi are offered to God. Along with these, Lord Ganpati, Ayyappan, Goddess Bhadrakali and Brahmarakshas are also worshiped for destroying all kinds of doshas. These five powers are worshiped with every type of dosha and inauspicious destruction. Dr. Dhyana-Ayurveda and Swadhyaya come to the temple. It is believed that meditation, pitta and kapha dosha are eliminated by meditating here.

After this, the three Brahmins also left from there to make atonement. When they were hungry, the three gathered bamboo to cook. The food of two Brahmins was made in them, but the bamboo of one Brahman was completely burnt and could not be cooked. He was sad and put his umbrella aside and slept where the idol of Lord Dhanvantari was.

After this Dhanvantari Bhagwan came in her dream and gave her the blessings of food and prosperity along with her disciples. The next day the Brahmin got a variety of food. Where the Brahmin had placed the umbrella, today there is the temple of Lord Dhanvantari.