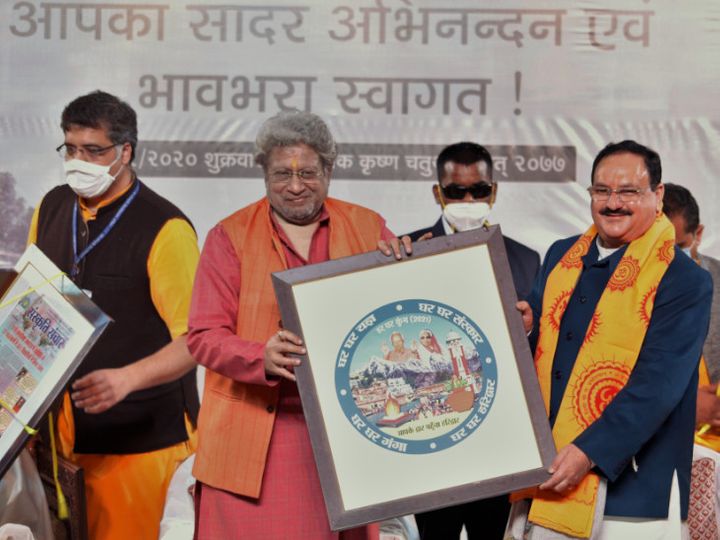 The Maha Kumbh is starting in Haridwar, Uttarakhand from Makar Sankranti on 14 January in the new year. This time due to Corona epidemic, large number of devotees will not be able to go. A limited number of devotees will be allowed entry to the ghats by the local administration on the dates of the chief and the royal bath there.

The All World Gayatri Parivar has launched a special campaign for Mahakumbh in view of the corona epidemic. The name of this campaign is ‘Haridwar reached your door’. The campaign was launched by JP Nadda, the national president of the Bharatiya Janata Party. He was on a tour to Haridwar.

Giving information about this campaign, the Vice Chancellor of Dev Sanskriti Vishwavidyalaya, Haridwar said that Gayatri family will do the work of sending the Kumbh of 2021 to India as well as worldwide. During this Maha Kumbh, Ganga water will be transported to 10 lakh houses.

Gayatri and Yagya, the parents of the world’s first culture, will be installed in millions of homes. Dr. Chinmaya Pandya said that all religions will be motivated to plant trees for the protection of the environment. He said that 50 years of Shantikunj are being completed with Mahakumbh. Haridwar Mahakumbh will run till 27 April.

Shantikunj was established with the spirit of Vasudev Kutumbakam. It was founded by Pandit Shriram Sharma Acharya.