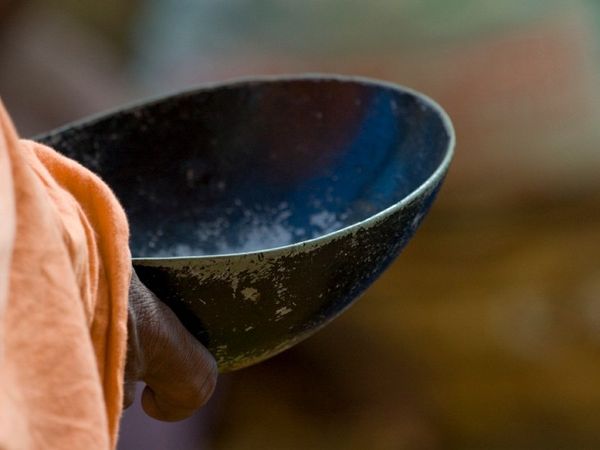 Donation brings a sense of equality in the society. Those who donate awakens the spirit of renunciation and abandonment. The scriptures consider charity to be one of the most virtuous deeds. Those who donate should focus on their feelings, not their wealth. You can understand this with a folk tale…

One day the saint was asking for alms in the village, when a poor saw that the saint was walking barefoot, he immediately bought shoes made of clothes and gave them to the saint. Seeing his love, the saint put on shoes.

After a long time, one of his rich disciples arrived with new shoes for the saint, then the saint said that these clothes of clothes have been given to me by a poor person by his hard work and earnest money, till they burst, I do not have other shoes. Can wear

One day a bhandara was organized in the saint’s ashram. People from far and wide had reached the ashram to have food. Then some of the saint’s disciples were pushing out an old poor woman. When the saint saw it, he called the old lady.

When the woman reached the saint, she took out two rupees from her and placed it in the hand of the saint. The woman said that I also wanted to donate to this store, but these people were driving me away.

The saint bought the salt with that money and added it to the food of the bhandare. The saint explained to the disciples that attention should be paid to the feelings of the donor, not the money of the donor. People who donate money earned by their hard work and honesty, its value is very high. If this old woman’s blood and sweat earns in our store, then this food will become the Prasad of God.