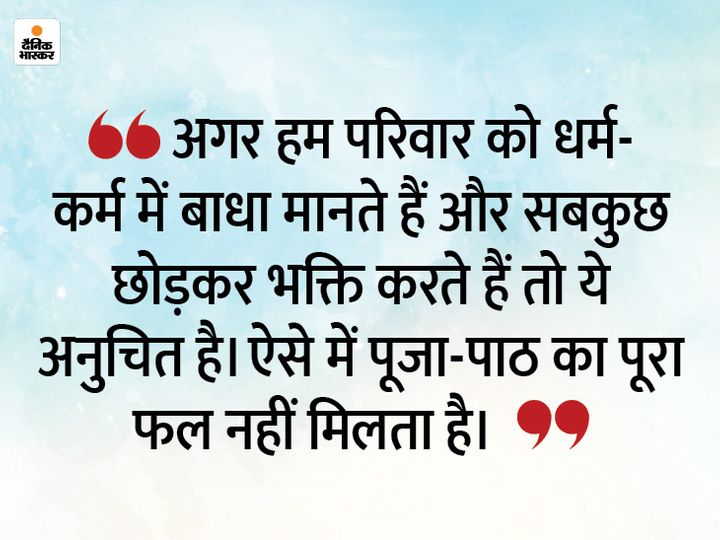 Story- It is about the time when Brahmaji gave birth to Manu and Shatrupa. Both of them are considered to be the first parents of humans. Brahmaji had revealed them only so that the union of them would lead to the birth of a child and the world would progress.

The first five children of this world were born to Manu and Shatrupa. Among them were Akuti, Prasuti and Devahuti, these three girls. Two sons were Uttanapada and Priyavrata.

Devahuti was married to Kardam Rishi. Before this marriage, the sage Karma was doing penance. Brahmaji appeared pleased with penance. Brahma said, ‘What do you want to ask for?’

Kardam Rishi said, ‘Although I live in the ashram, but can I settle down?’

Brahma said, ‘Yes, you must settle the house. If a woman comes in your life, then your family will move forward. You want to spread religion and work, and you want to attain God. God is very much a householder. They become very happy with people who do devotion while staying in the family. ‘

Learning All the good of the world must be done, obeying the family. God also blesses those who love only those who do good. It is not right to leave family and do devotion only.