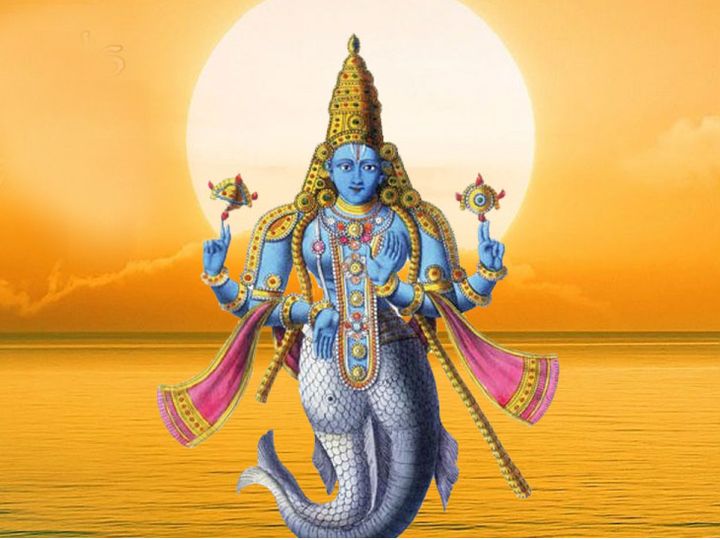 According to Hindu calendar, Matsya Dwadashi is celebrated on the Dwadashi date of Shuklapaksha of Margashirsha month. This fast is being observed today. On this day, Lord Vishnu had killed the demon Hayagriva by taking the form of Matsya or fish and protected the Vedas. For this reason, the Matsya avatar of Lord Vishnu is worshiped on this date. It is believed to be the first incarnation of Lord Vishnu. According to the Matsya Purana, worshiping Vishnu on this day eliminates all kinds of problems.

Importance of Matsya avatar
Matsya avatar is the first incarnation of Lord Vishnu in 12 incarnations. On the day of Matsya Dwadashi, Lord Shri Vishnu removes the distress of devotees and proves all the work of the devotees.

Method of worship
After getting up early in the morning and taking a bath, on this day, fasting in the name of Lord Shri Hari Vishnu ji should be worshiped and worshiped. This mantra should be chanted during worship.
Mantra: ॐ Matsya Rupay Namah॥ Chant this mantra.
On the day of Matsya Dwadashi, fish should be fed in the reservoir or rivers.

Legend of Matsya avatar
According to the religious texts of Sanatana Dharma, once by the inadvertence of Brahma Ji, the demon Hayagriva stole the Vedas. Knowledge vanished as Hayagreeva stole the Vedas. The darkness of ignorance spread throughout the world. Then Lord Vishnu took the Matsya avatar to protect the religion and killed the demon Hayagriva and protected the Vedas and handed over the Vedas to Lord Brahma.