By observing this fast, a person is free from sins and after attaining salvation, goes to the lord of Lord Shiva after death and stays there forever. This time Pradosh Vrat is December 12, 2020, Saturday i.e. Shani Pradosh Vrat (Krishna). Because this time this fast is on Saturday, therefore it will be called Shani Pradosh fast, according to the belief that fasting on this day will fulfill the desire of getting a child soon. At the same time, on December 27, on Sunday, Pradosh Vrat (Shukla) i.e. Ravi Pradosh will also be held.

In relation to Shani Pradosh, it is believed that any lost item, promotion in job, son is done and to reduce the inauspicious effects of Shani. Along with this, this fast is also done to get rid of Saturn’s half-century and dhayya.

On December 12, 2020 (Saturday), Krishna Pradosh fast will be observed on the day of Shani Pradosh Vrat (Krishna). It is believed that by observing this fast, Lord Shiva is blessed. This fast is observed twice a month (in Krishna and Shukla Paksha) on the date of Trayodashi.

MUST READ : Horoscope for December 2020 – These zodiac signs may shine in the last month of the year. 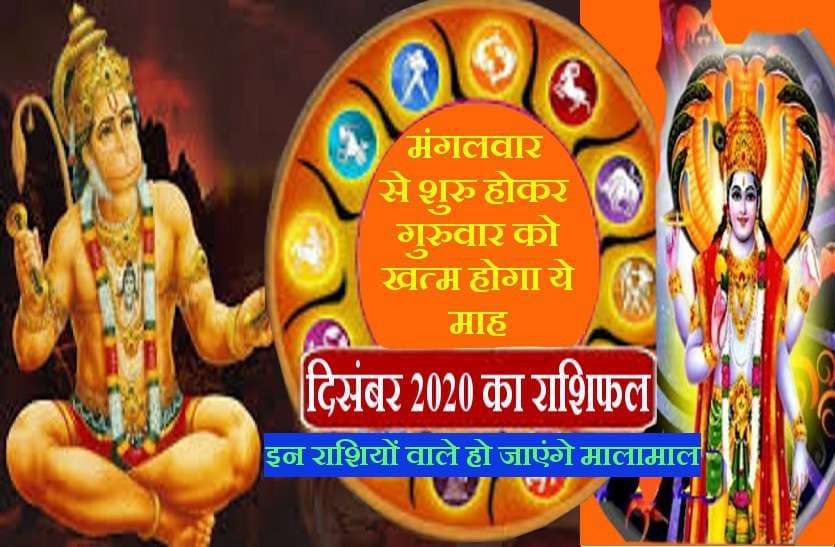 Each month celebrates Trayodashi on Krishna Paksha and Shukla Paksha. The fast of the Trayodashi of each party is called Pradosh Vrat. The time after sunset and before nightfall is called Pradosh Kaal. Lord Shiva is worshiped in this fast. It is believed that Lord Shiva dances in his Rajat Bhawan at Mount Kailash during Pradosh. For this reason, people keep Pradosh fast on this day to please Shiva. By observing this fast, all troubles and all kinds of defects are erased.

Fasting, worship, fasting etc. have been given great importance in Hinduism. It is believed that by keeping a fast with a true mind, a person gets what he wants. Although there is some fast or fast on every date of every month in Hinduism, but Pradosh Vrat is very much recognized in all of them.

It is believed that just as Ekadashi fast is dedicated to Lord Vishnu, similarly Pradosh fast is dedicated to Lord Shiva. Due to falling on Saturday, it is called Shani Pradosh Vrat. This fast is observed to get Shiva’s blessings and children. This date is very dear to Lord Shiva, so reciting poojas on this day helps to get rid of all problems and peace in the family.

MUST READ : Learn the festivals and festivals of December 2020 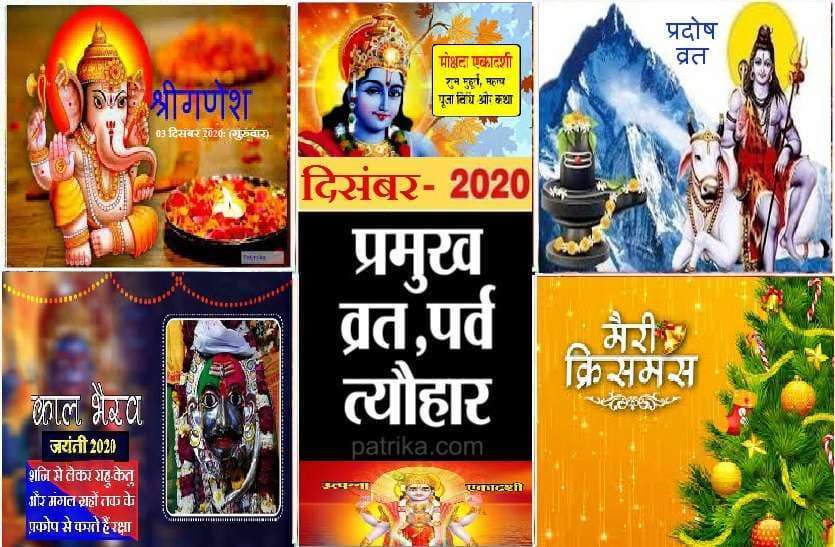 According to the scriptures, the evening time is called Pradosh in the Trayodashi date of both sides of the month. Performing Pradosha fast in Kali Yuga is very beneficial and Shiva gives grace. Pradosha fast, which is done on all seven days of the week, is of special importance. Pradosh is known by different names in many places. In South India, people know Pradosha as Pradosham.

Pradosh Vrat is considered to be the best among the fasts. According to the scriptures, it is believed that the person who observes this fast should be free from the bond of 84 lakh yonis, in the end, by attaining the best, he makes his human birth successful.

Worshiping Lord Shiva with full devotion on this day removes all the sufferings of the native and after death he attains salvation. According to the Puranas, one Pradosh fast results in the donation of two cows.

According to astrology, there are many ways to commemorate Lord Shani Dev, through which Shani brings peace, in which the day of Shani Pradosh is more important. Therefore, on this day, if any person worships Shani Dev with full devotion and mind, then all his troubles and troubles are definitely overcome and the wrath of Shani, the effect of Saturn’s half-century or Dhaiya is reduced, the person will experience it himself. Then you can relieve the suffering of another victim.

On this day, reciting Shani Stotra of Dasharathaik reduces the troubles coming in life and the bad fruits of Saturn’s inauspicious effects. The fasting person must do this lesson at least 11 times. Apart from this, recitation of Lord Shiva and Shani Chalisa, Shanaishchastravaj, Shiva Chalisa and Aarti should also be done.

In this fast, aarti and puja are performed during Pradosh Kaal. Pradosh kaal is called during the evening when the sun is setting and the night is coming.

It is believed that during the Pradosha period, Lord Shiva incarnates on the Lord Shiva lingam and that is why this Sam Shiva is remembered and worshiped. With this, worshiping Shani Dev is definitely beneficial due to Shani being Pradosh.

The importance of this fast was communicated by the Vedas’ superintendent Mr. Sutji to the Shaunakadi sages on the banks of the river Ganges. He had said that in the Kali-yuga, when iniquity will be dominated, people will leave the path of religion and go on the path of injustice, at that time Pradosh fast will become a medium through which they can worship Shiva and atone for their sins and all their sufferings. Will be able to overcome First of all, Lord Shiva had told Mother Sati about the importance of this fast, then Maharishi Ved Vyas ji told this ji about this fast, after which Sut ji told the Shounkadi Rishis about the glory of this fast. Was.

Pradosh Vrat is considered more auspicious than other fasts. It is also believed that worshiping Lord Shiva on this day eliminates all sins committed during the lifetime and attains salvation after death. According to the Puranas, keeping a Pradosh fast is as much as donating two cows.

Pradosha fast
Pradosh fast in the evening is considered good for worship time as according to Hindu calendar, all Shiva temples chant Pradosh Mantra in the evening.
In this fast, the fast is kept waterless. In the morning, take a bath and worship Lord Shiva with bell leaf, Ganga water, incense lamp. One should worship Shiva in this way by taking bath again in the evening. In this way, fasting gets merit by observing Pradosham.

Rules and laws of Pradosh Vrat –

To start Pradosh fast, first of all you get up before sunrise on the day of Trayodashi.
: After bathing, etc. you wear clean clothes.
: After that you should worship Lord Shiva with Belpatra, Akshat, Deep, Dhoop, Gangajal etc.
: Food is not taken in this fast.
: After fasting for the whole day, take a bath again before sunset and wear a white colored cloth.
: Cleanse the place of worship with clean water or Ganges water.
: Now you take cow dung and with its help prepare the pavilion.
: With the help of five different colors, make a Rangoli in the pavilion.
: After making all the preparations for the puja, you sit in the posture of Kusha with your face in the northeast direction.
: Mantra of Lord Shiva, Om Namah: Chant Shivaaya and offer water to Shiva.

From the religious point of view, whatever Pradosha you want to keep Pradosha fast from, choose the Trayodashi that falls under that war and read and listen to the story prescribed for that groom.

Promotion of Pradosha fast…
The worshipers who keep this fast for eleven or 26 Trayodashi, should observe this fast in a proper way.

: You should observe the fast on the date of Trayodashi.
: Sri Ganesh is worshiped one day before the udipaana. And on the night before the Udaipan, do Kirtan and do Jagran.
: The next day one has to get up early in the morning to make a pavilion and it is decorated with clothes and rangoli.
: Om Uma including Shivaay Nam: Chanting the mantra 108 times and perform Havan.
: Kheer is used for offering in havan.
: After the Havan ends, recite the aarti and peace of Lord Shiva.
In the end, two Brahmins are fed and take blessings from them by giving alms according to their wish and ability.

Different types of Pradosha fast and benefits from them …
Pradosh Vrat has different importance according to different day. It is said that according to the day this fast falls, its name and its importance change.

Pradosh Vrat has different benefits according to different times.

: The worshipers who keep Pradosh fast on Sunday, their age increases and good health benefits are obtained.
: Pradosh Vrat of Monday is also called Som Pradosham or Chandra Pradosham and it is done to fulfill wishes.
: The Pradosha fasts which are kept on Tuesday are called Bhaum Pradosham. Fasting on this day relieves all kinds of diseases and does not cause health problems. By observing this fast on Wednesday, every kind of desire is proved.

: On Thursday, Pradosh fast eliminates enemies.
: Those people who keep Pradosh fast on Friday, there is an increase in good luck in their lives and happiness and peace comes in married life.
: The Pradosha fast which falls on Saturday is called Shani Pradosham and people do this fast in the desire of getting children on this day. Fasting Pradosha keeping your wishes in mind, results in certain results.

Shani Pradosh fast story
According to the legend of Shani Pradosh Vrat, there was a city Seth in ancient times. There were all kinds of comforts in Sethji’s house, but Seth and Sethani were always grieving because of not having children. After much deliberation, Sethji handed over his work to the servants and set out on a pilgrimage with Sethani himself. On his way out of his city, he found a monk, who was seated meditating. Sethji thought, why not take the blessings from the monk and travel further.

Seth and Sethani sat near the monk. When the monk opened his eyes, he came to know that Seth and Seethani have been waiting for blessings for a long time. The monk told Seth and Sethani that I know your sorrow. If you fast Shani Pradosh, you will get child happiness. The monk also explained the method of fasting Seth-Sethani and told this prayer of Lord Shankar.

After this, both of them took blessings from the monk and proceeded to the pilgrimage. After returning from pilgrimage, Seth and Sethani together performed Shani Pradosh fast, which led to the birth of a beautiful son in their home.