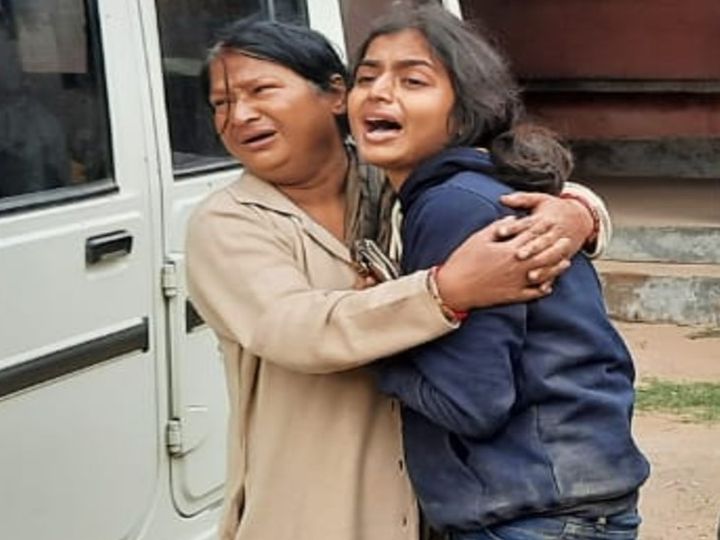 Accidents are frequent at the stations, but anyone who would have seen the scene of today’s incident at Jamui railway station must have been torn apart. Janshatabdi Express was slowly leaving the tracks and a hurt father was running with his daughter’s bag. He was breathless, but his steps were not stopping to put the bag in the daughter’s hand. In the meantime, the train caught pace and they fell down. The injury came as a hurt attack. The daughter looked in disgust at the father standing at the gate of the train and the father with exhaled breath came to the girl whom he had sent to Kolkata to become an engineer.

Seeing father splashing at the station, daughter stopped the train
The incident occurred at Jamui railway station. Seeing father Sunil Modi splashing at the station, daughter Manisha stopped the train. She got off the train screaming and came to her father. Papa… Papa… Open your eyes… Papa… help… save my father…. The ill-fated daughter was pleading for help from the people, when railway police personnel came rushing to the spot and were being picked up and taken to Jamui Sadar Hospital, but they died on the way. On reaching the hospital, doctors declared him dead.

Was Professor of Sociology at Janata College Suryagadha
Sunil Modi was a resident of Dariyapur village under Haveli Kharagpur police station in Munger district. He was 59 years old. He was a Professor of Sociology at Janata Mahavidyalaya, Suryagarh Block in Lakhisarai District. On Saturday, he came to his daughter Manisha Kumari alias Jhimi to reach Jamui railway station. The train opened only after the daughter was put on the train. Meanwhile, one of the daughters’ bag was left at the station, so they started running behind the moving train to give it. Meanwhile, due to the shock of the train, his leg staggered and fell at the station.