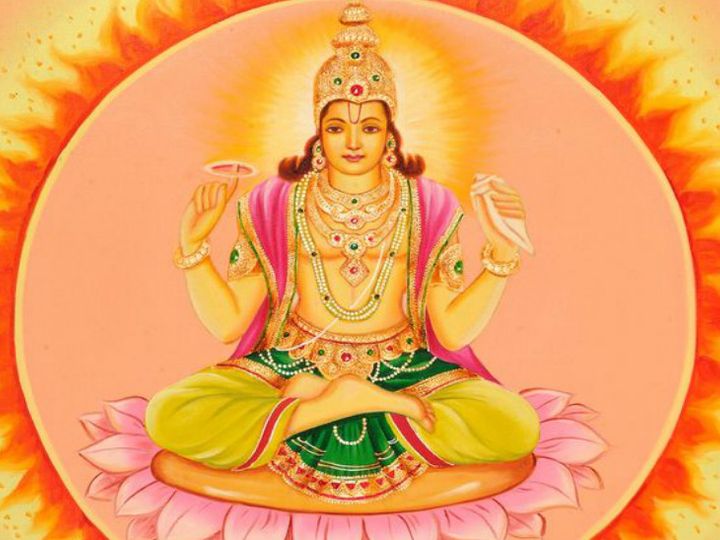 According to the Puranas, a specific form of Surya is worshiped every month, which fulfills every wish. In our religious texts, Surya has been considered as the presiding deity. According to the texts, one should worship the sun called Bhaga in Pausha month. This time the month of Paush is starting from 31 December, Thursday. Which will remain till Thursday 28 January. This is the tenth month of the Hindu calendar. Many traditions and beliefs associated with this month are mentioned in the scriptures. One such tradition is to worship Lord Surya. By the way, worship of Suryadev should be done daily, but in this month special importance has been given to offering Arghya to the Sun. It is believed that during the month of Pausha, health is good by sun worship and age also increases.

Sun in Vedas and Upanishads
According to Atharvaveda and Suryopanishad, Surya is Parabrahma. It is told in the texts that in Paush month, Lord Bhaskar meditates with eleven thousand rays and gives relief from cold. Their color is similar to blood. In the scriptures, Aishwarya, Dharma, Yash, Sri, Jnana and Vairagya have been called Bhag and only one with them is considered as God. This is the reason why the sun named Pausha Maas is considered to be the form of the sun god. In Paush month, special importance of offering Arghya to Sun and fasting for it is also written in the scriptures.

What to do according to the texts
According to the Aditya Purana, every Sunday of the month of Paush should offer pure water, red sandalwood and red flowers in a copper vessel and offer Arghya to the Sun and recite Vishnave Namah Mantra.
Along with this, fasting should be done throughout the day and salt should not be used in food. If possible, do only fruit.
By fasting on Sunday, offering sesame-rice khichdi to the sun makes a person stunning. According to the Puranas, the pilgrimage bath and donation done in the month of Pausha gives a long life and cures diseases.