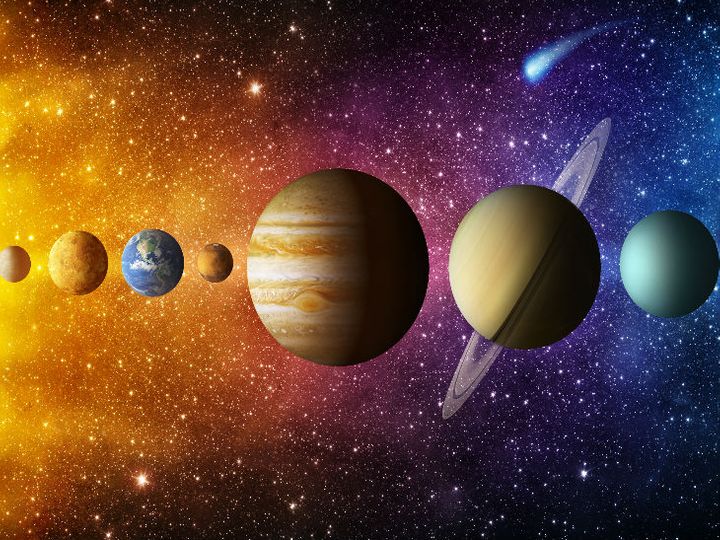 There will be 6 planets in Capricorn from 9 to 12 February. In the same zodiac sign of Sun, Moon, Mercury, Guru, Venus and Saturn on the new moon day of Magh month, inauspicious conspiracy will form. Astrologers of Kashi believe that due to these planets, there is a possibility of tension, natural disasters and accidents in the country and the world. Because whenever 6 or more planets come in the same zodiac sign, something inauspicious happens. Scholars say that after 1962, these planets are coming into Capricorn again. This Shadgrahi Yoga will affect the whole world.

From February 4, Sun, Mercury, Guru, Venus and Saturn are in Capricorn. After 9:30 pm on February 9, the moon will also enter Sagittarius from Sagittarius. Due to which, on 10th and 11th day, there will be conspiracy totals for the whole day. Astrologers say that this position of planetary constellations is pointing to unwanted events. This position of stars may have adverse effect on the country and the world.

Such situation is created in years
Pandit Ganesh Mishra of Kashi’s astrologer says that once in many years it happens when 6 planets come in the same zodiac. Such planetary position is called Shadgrahi Yoga. In astrological texts, this yoga is considered to give inauspicious results. Some Samhita texts, including Mayurachitakam, state that accidents happen when 6 or more planets come in the same zodiac. Natural disasters and weather changes occur suddenly. Due to these planets, there is a time of tension and change for the king i.e. the people who occupy the high office, the big leaders and the administrative officials.

Jyotishacharya Pt Ganesh Prasad Mishra of Sampoornanand Sanskrit University Kashi: It says that due to the stars, the post of head of a state leader can be missed or there is a possibility of the death of a particular person. There may be rain and snow. A disturbance, earthquake, storm or natural disaster can increase the troubles in the country. There will be a sudden change in the weather.

Jyotishacharya of Central Sanskrit Vishwa Vidyalaya Tirupati Prof. Krishna Kumar Bhargava: He told that whenever six or more planets come in one zodiac sign, they cause misery in the national and international arena. There is a possibility of national heroes’ war, dictatorship, fierce attack, and the announcement of war. Points to natural outbreaks, epidemics, earthquakes, bombings, rail accidents, loss of money are also made.

Dr. V. Dharmadasan, Jyotishacharya of the Central Sanskrit Vishwa Vidyalaya Tirupati: He is of the opinion that being the master of Saturn, Sun, Venus and low zodiac in Capricorn will create a conflict situation for politicians. Principal leaders will have to take tough decisions to deal with the religious and communal problems of the country. There may be special fluctuations in the market. Prices of oil, oilseeds, jaggery, sugar, lentils, coarse grains can also be reduced. There will also be a slowdown in the precious metals market.