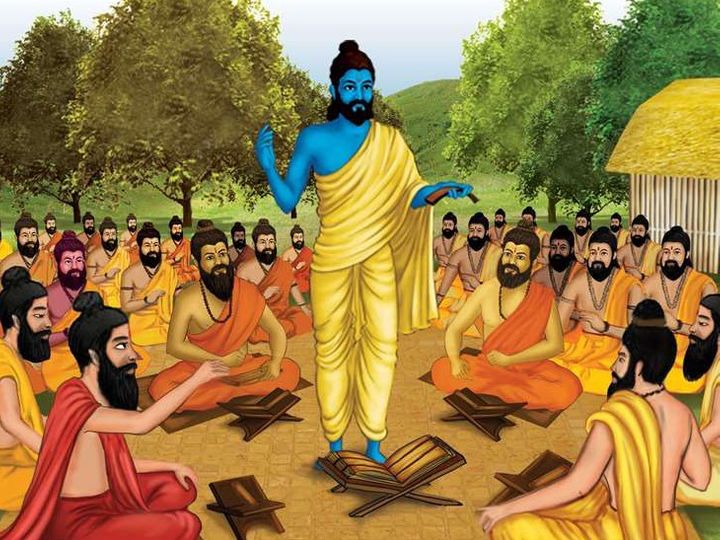 In a village the woodcutter lived with his wife and son. His financial condition was not good. He worked hard, but could not make much money. One day someone knocked on the door of the woodcutter’s house. The father told the son to go and see who has come.

When the boy opened the door, four sadhus were standing outside. The sages said that our name is labor, success, wealth and wealth. We are hungry, can you get food here?

The boy immediately ran to his father and told the whole thing. The father said, call all the sadhus inside, we will feed them food.

The boy told the father this. Now the husband and wife and the three start thinking that who should be called at home?

The child immediately rushed to the door and summoned a saint named Shram to eat. As soon as the saint named Shram entered his house, the other three saints also entered the house. Seeing this, the boy said that you were saying that one of us can come to the same house, now why are the three saints coming in with labor?

The saints said that if you called one of the riches, success and wealth, then only one saint would come to your house, but you have called labor. Money, success and wealth also come with labor. Those who do labor, they definitely get success, wealth and glory.