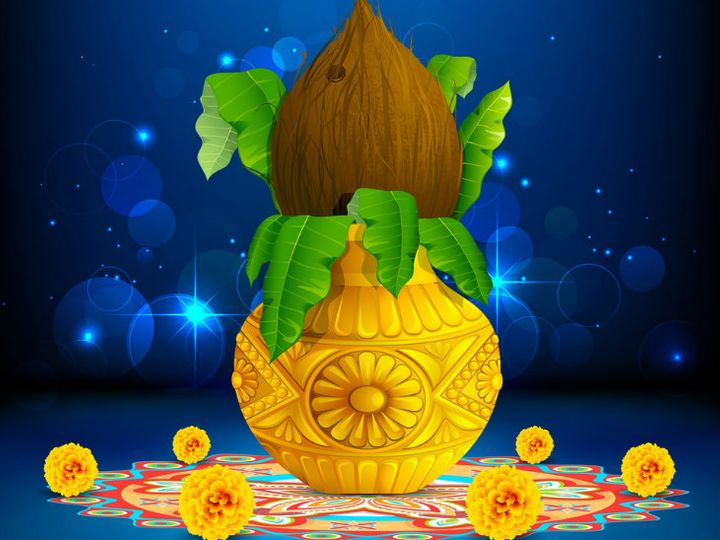 Auspicious star is said to Pushya in the Rigveda
According to Pandit Ganesh Mishra, Pushya is called auspicious star in the Rigveda. According to Vedic astrology, cow’s udder is considered a symbol of this constellation. In Vedic culture, cow’s milk is treated like nectar. This nakshatra is nutritious, beneficial and pleasing to the mind like fresh milk of cow. Therefore in the Rigveda it has also been called Mangal Karta, Vikas Karta and the one who gives happiness and prosperity.

Beloved constellation of gods
Pt. Mishra says that the works done in Pushya Nakshatra are always successful. The lord of this nakshatra is considered to be Saturn and the presiding officer Jupiter. In Shani-Pushya Yoga, things purchased due to Saturn remain permanently and due to Jupiter, it will give prosperity. In the scriptures, Guru is considered to be a factor of status, success and opulence and Saturn is considered to be a factor of domination, justice and labor, hence it is considered auspicious to do important work in the presence of Pushya Nakshatra. Purchases made in this yoga result in prosperity and auspicious results from the effects of Jupiter. Due to Shani, this prosperity and auspiciousness is permanent. Pushya is believed to be the beloved constellation of the gods. For this reason, all manglic and auspicious works can be done on this day except marriage.

What are the auspicious things to do in Pushya Nakshatra
Pushya Nakshatra is considered best for shopping. During this time, buying a vehicle, land or house is considered very beneficial. The works done in this nakshatra are free from defects and soon become successful. If Pushya Nakshatra is on Sunday, Ravi Pushya Yoga is formed. If it is on Thursday, it is called Guru-Pushya Yoga. These coincidences are considered very auspicious. This time Shani-Pushya Yoga is being made by buying metals like gold, silver, copper, happiness and prosperity will increase. Investing in land, house can also prove beneficial. Apart from these, shopping of vehicles, furniture, jewelery, electronics and other household items will also be auspicious.