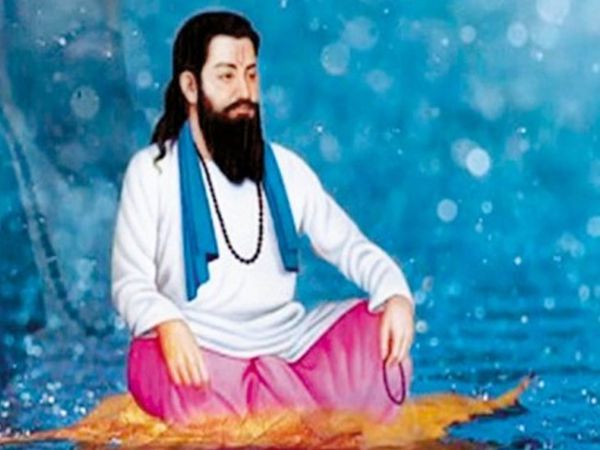 On Saturday, 27 February, there is the full moon of Magh month. On this date, the birth anniversary of Saint Ravidas is celebrated. Ravidasji has told many such sources, which many of our sorrows can be removed by adopting. There are also many motivational episodes related to his life. Know a famous topic of Ravidasji …

Whoever used to come in the hut of Sant Ravidas, they served him wholeheartedly. One day a Siddha Mahatma ate food in his hut. After eating, Ravidasji also put Mahatma’s shoes made by him.

Pleased with this service, Mahatmaji gave one such stone to Sant Ravidas. With the help of which iron was converted into gold. It is called Paras Pathar.

Ravidasji refused to take this stone. He said that if my tools are made of gold then how will I make shoes and slippers?

Mahatma said that with this stone you can become rich. You do not need to make shoes or slippers. When you become rich, you will be able to help the needy people in the society. Use it whenever you want. Having said this, Mahatmaji placed the Paras stone in a high place in the same hut. After this Mahatma ji left from there.

After a few months when he again reached the hut of Saint Ravidas, the Mahatma. He saw that Ravidas’s condition is the same as it was before. Mahatmaji asked that you did not use the Paras stone, where is that stone?

Ravidasji said that the stone would be where you had placed it. Mahatmaji asked why did you not use it?

Ravidasji said that Gurudev, if I had made a lot of gold and got rich, I would have worried about money. Somewhere, no one steals this money. Had to take care of it.

If I had donated money, very quickly this thing would have spread throughout the region. People used to stand outside my house to collect donations. After all this, I do not mind devotion. I am only happy with the work of making shoes, because this work makes adequate arrangements for my food and drink and during the rest of the time I do devotion.

If I had become rich, I would have gained fame and then the peace of my life would have ended. I want peace so that I can do devotion. For this reason, I did not even touch the Philosopher’s Stone.