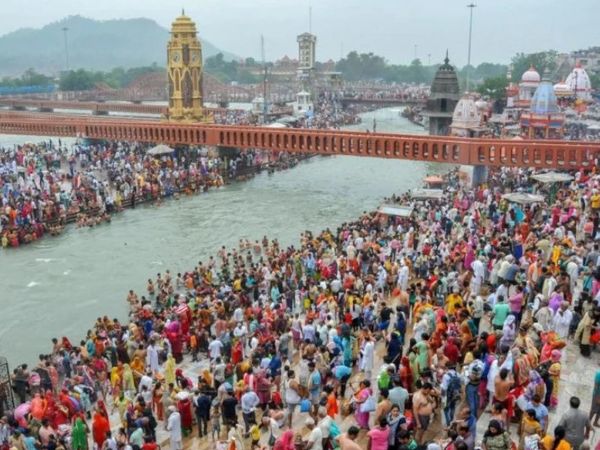 This month is Maha Shivaratri on Thursday, 11 March. This day will be the first royal bath at Haridwar Kumbh. This is the only royal bath of Kumbh in March. This will be followed by three royal baths in April. There will be royal baths on 11 April (Somavati Amavasya), 14 April (Vaishakhi) and 27 April (Chaitra Purnima). In view of the Corona epidemic this time, the pilgrims who come here will have to follow all the rules set by the government.

This time, Haridwar Kumbh is in the 11th year

Aquarius is organized in special position of planets

According to Pt. Manish Sharma, Jyotishacharya of Ujjain, when the Sun changes its zodiac sign in Vaishakh month, the Sun is in the lunar Aries and the Guru planet is in Aquarius, then the Kumbha Mahaparava is held. This time the total of planets has been formed in 2021 itself. After 2021, Kumbh Mahaparva will be held in Haridwar in 2033.

In ancient times, the gods and the demons together churned the sea. Amrit Kalash came out of that churning. Both the gods and demons wanted to drink nectar. There was a war between the gods and the demons for drinking nectar. In this war a few drops from Amrit Kalash fell in Haridwar, Prayagraj, Nashik and Ujjain. At that time, as the planetary position was, whenever the planetary condition is created, then the Kumbh Mela is organized.