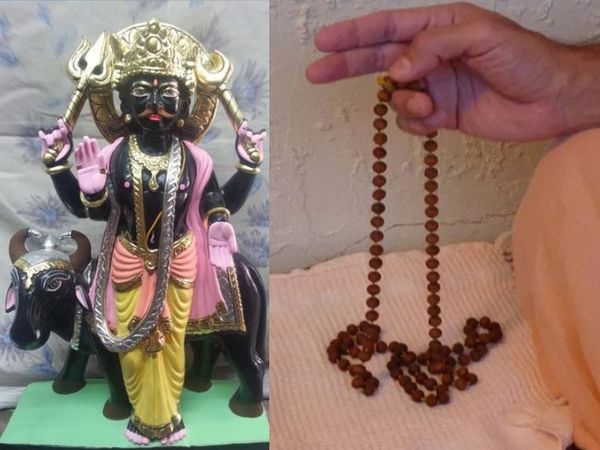 Saturday, March 13 is the new moon day of Phalgun. On this day, the Falgun Krishna Paksha will end and on the 14th, the Shukla Paksha will begin. Amavasya Tithi will start from around 3 pm on the 12th, but this festival will be celebrated on the 13th.

According to Pt. Manish Sharma, Jyotishacharya of Ujjain, the date on which the sunrise occurs is the same day. Amavasya Tithi will be at sunrise on the 13th and the Pratipada of Falganu Shukla Paksha will start after 3 pm in the afternoon. That is why the festival of Amavasya will be celebrated on the 13th. On Saturday, it is called Saturnashvari Amavasya due to Amavasya.

Chant the mantra of Shani

In addition to Shani Dev in the yoga of Saturday and Amavasya, do special incense-meditation for the ancestral deity. Donate oil for Shanidev. Chant the mantra: Om Shanshancharaya. Light a lamp of sesame oil or mustard oil and chant the mantra at least 108 times. Black clothes and black blankets should also be donated for Shani Dev.

Do sun-meditation for fathers at 12 o’clock

In the afternoon of Amavasya, meditate incense for the fathers at around 12 o’clock. For this, burn cow dung and when the smoke stops, then put jaggery and ghee on the coals and give it incense. Pay attention to fathers while giving incense. Donate food to needy people.

Chant the mantra for Chandra

The moon is not visible on Amavasya. This day is related to Chandra’s art called Ama. This art has the powers of all the lunar arts. That is why moon should also be specially worshiped on Amavasya. Chant the mantra of the Moon, O Som Somay Nam: Mantra. Offer water and milk on the Shivling and offer bilva patra.

It is a tradition to bathe in the holy river

On Amavasya, there is a tradition to bathe in holy rivers and have a pilgrimage. If you are unable to bathe in a river on this day, then take a bath by mixing a little Ganga water in the water at home. While bathing, all the rivers should be meditated on by the pilgrims. By doing this, you can also get a virtuous fruit like a pilgrim bath.